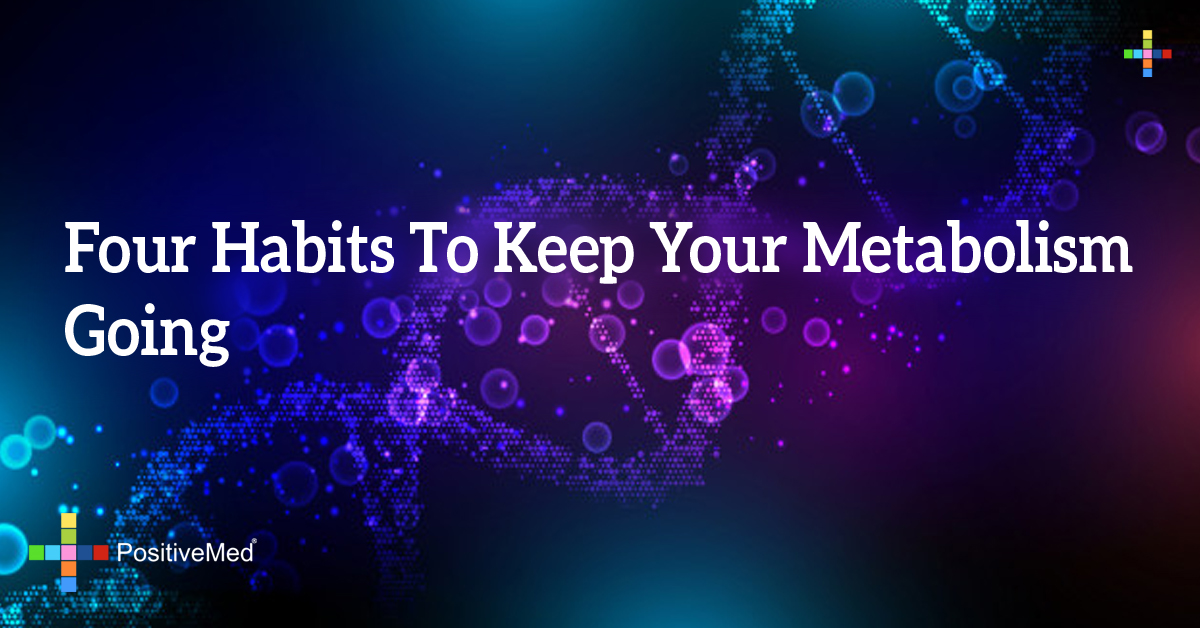 Our metabolism is in charge of so much activity, burning energy (calories) so our bodies can do things like, breathe, blink and keep our heart beating. A healthy metabolism uses up all the available energy and help you maintain your weight. But it’s possible to slow down your metabolism in a way that you don’t burn enough and the extra energy turns to fat.

Everyday habits can cause your metabolism to sputter, even things you may not realize. Here are four of those habits that can mess up our metabolism.

1. Your foods aren’t fiery enough.
A recent study has shown that when people add red chili pepper to dinner, they felt fuller faster and actually ate as much as 30 percent less. It’s the capsaicin in the peppers which has been known to speed up metabolism while increasing the hormones that decrease our desire to eat. So when in doubt, go for the hot sauce for a tasty (and healthy) kick.

2. Sitting a lot.
It shouldn’t be surprising that doing very little activity will help to pack on the pounds. Working behind a desk or prolonged time in front of the TV will no doubt slow down your metabolism, causing you to gain weight. Sitting for three or more hours per day has been known to increase the risk of metabolic syndrome by 74 percent. This can create a whole host of health problems, including heart disease, diabetes, high blood pressure and high cholesterol. Muscles just stop burning as much fat and it in turn stores in your body.

3. Not cleaning your produce
Before eating your fruits and vegetables, you should ask yourself, “Did I wash it?” A study conducted in 2012 in Environmental Health Perspectives has shown that pollutants, including environmental pollutants and pesticides, which are common in all produce can cause obesity and metabolic syndrome. It was found by the researchers that these pollutants stored into the fat cells and tissue, harming the body by causing inflammation and creating havoc with your metabolism. One way around this is by buying organic foods and washing them thoroughly under running water. Don’t bother with those produce washes and soap. Plain water will do.

4. Not washing your hands.
Researchers at Pennington Biomedical Research Center at Louisiana State University have found a link between a common respiratory virus and obesity. The virus, known as adenovirus-36, turns stem cells into fat cells. Really the only way to prevent viruses from entering your system is by exercising proper cleaning habits. It’s said that only 5 percent of us do it the right way anyway.

As technology continues to advance and people find themselves working on their feet less and less, our diets will start to suffer. This has already been happening as obesity has become an epidemic in the United States that is only getting worse. With these four steps, it can help make sure your metabolism is roaring instead of becoming sluggish.