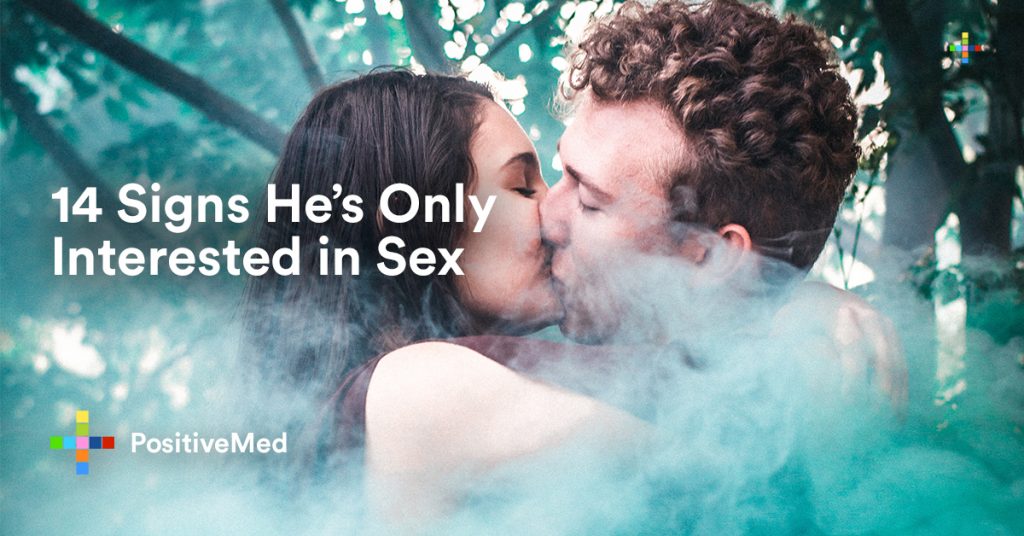 There’s nothing wrong with a physical relationship, and some of the best sex can occur between two people who are only corporally involved. However, physical intimacy has a way of triggering emotional attachments. Sometimes, a guy just doesn’t feel the same way. If you’re worried you’re falling for a guy who may only be interested in getting in between the sheets, you may want to look out for these red flags below and figure out whether you’re in the sex zone.

If a guy only calls or texts you after 1 AM, it’s likely not because he’s a . It’s a scientific fact that guys call or text at this hour when they’re looking for action.

If the guy you’ve been getting intimate with never takes you out to dinner or a movie, it’s a hint that sex is all he wants to do with you.

A guy who always splits the bill with you probably doesn’t care about you or worse, he’s cheap. Either way, he’s not worth getting serious with, and you might want to skip out the next time he calls (or right before the next bill shows up).

A man who never asks about your friends, family or work probably isn’t interested in you as a person. Better to leave before you write some Taylor Swift-esque song about him.

If a guy doesn’t introduce you to his friends and family, he probably doesn’t take you seriously. If he’s not making you a part of his life, you’re just an activity.

Sleeping in the same bed with someone can be more intimate than sex. A guy who never sleeps over or doesn’t let you sleep over isn’t looking to get attached.

Unless he’s suffering from amnesia, a guy who avoids you in public or pretends he doesn’t know you isn’t truly interested. Move on, girlfriend!

A guy who sleeps with other women, and tells you about it likely thinks you two are just hooking up.

If all you two ever do is have sex, it’s probably all he wants to do with you.

A lot of guys who only want you for your lovemaking skills will make plans with you, but they won’t follow through. This is the trickiest sign, and it’s best to call him out on his shadiness.

12. You Only Talk About Sex

If he only ever talks to you about sex, it’s really all about sex.

If he never texts you throughout the day to see how you are, he’s not thinking of you two as a couple.

Finally, some guys are blunt and will tell a girl it’s all about sex. If you’re not okay with this, it’s better to walk away. He probably isn’t ready for a serious relationship, and you shouldn’t waste your time.