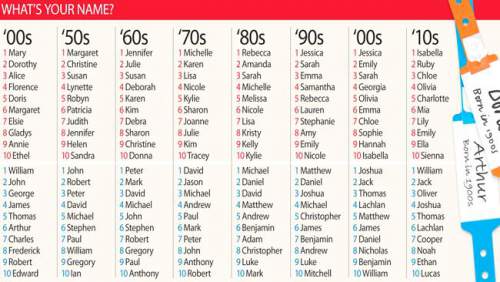 As it turns out names are not these blank neutral words we use for communication, according to a handful of studies a name not only reveals clues about a person’s class, education, and ethnic origin, it can also influence the choices we make in life. Another interesting study has shown that people are often drawn to things and people that sound like their own names.

Studies show that names that sound more ‘Caucasian’ are more successful when submitting resumes for employment than those with names perceived to be African-American! Also, people respond more warmly to colleagues with names they can easily pronounce. Boys that have been given girl names were more likely to suffer from depression, and parents tend to name their children after people they like, they reflect parental aspirations; parents that want their child to be taken seriously will give their child a name that has weight, so in a sense our names reveal more about our parents than they do about us.

In the past parents used names passed down through families and/or their religious beliefs, but these days many people, including celebrities, are putting a lot of effort into giving their offspring original names that are unfamiliar, thinking outside the box and considering movies, songs, and stories for inspiration.

Experts explain that names only have a significant influence when that is the only thing you know about the person. Once you’ve met the person their name does not matter as much.