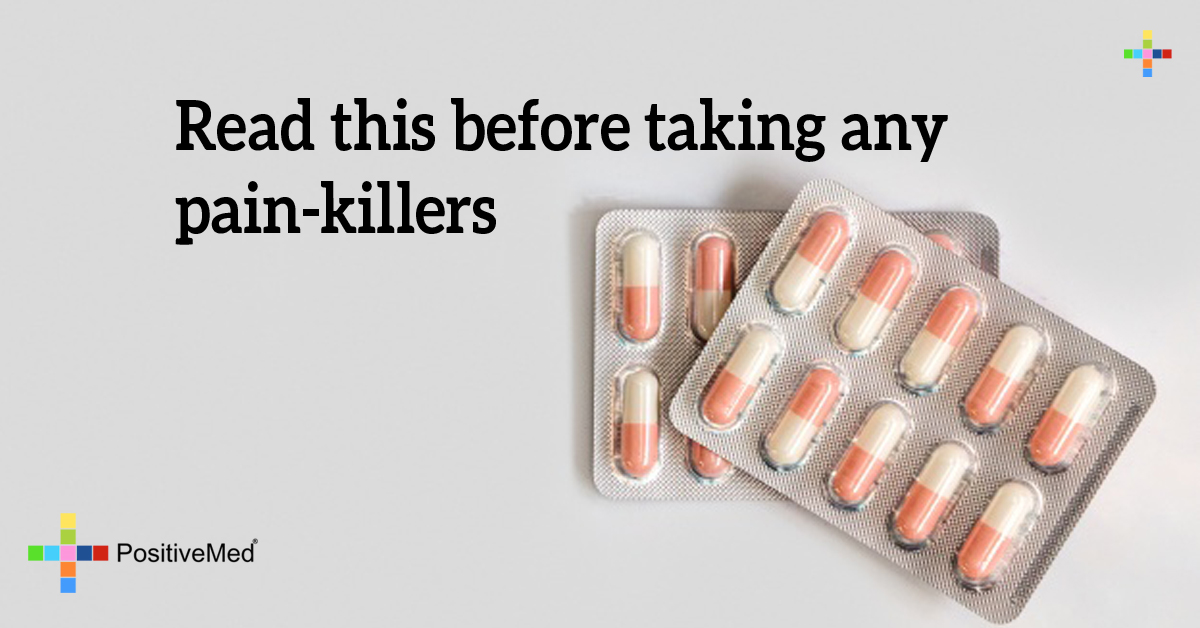 The Food and Drug Administration (FDA) says physicians should stop prescribing combination drugs with more than 325 milligrams (mg) of acetaminophen. Combining pain killers and other drugs can be very dangerous.

Acetaminophen is available in prescription pain-relieving medications like Percocet and Vicodin in which it is combined with opioids, as well as over the counter (OTC) drugs like Tylenol. The FDA says there is no evidence that taking more than 325 mg in a combination pill provides any additional benefit, and too much acetaminophen puts people at risk of severe liver injury. “Many consumers are often unaware that many products (both prescription and OTC) contain acetaminophen, making it easy to accidentally take too much,” the agency said.

The FDA is now asking doctors not to prescribe pain relievers that contain more than 325 mg of acetaminophen, since people may take these drugs along with OTC medications and expose themselves to potentially harmful levels of the medication. In 2011 the agency asked manufacturers of acetaminophen-combined prescription drugs to limit the amount of acetaminophen to no more than 325 mg by 2014. More than half have agreed, but medications with higher amounts are still on the market. The FDA says it plans to start withdrawing approval of combination drugs requiring prescriptions that exceed this limit.

For now, the new recommendation to physicians only applies to prescription drugs with acetaminophen, and not to over-the-counter drugs like Tylenol, but the FDA says it will address those in a separate regulatory action. The agency is also recommending that pharmacists who receive prescriptions for drugs with more than 325 mg per dose call the prescribing physician and inform him of the FDA’s new warning.

According to the agency, unintended overdoses with prescription combination drugs involving acetaminophen are responsible for half of the acetaminophen-related liver failure in the U.S.

Liver failure occurs when large parts of the liver become damaged beyond repair and the liver is no longer able to function. There are two general types of liver failure:

– Acute liver failure is a failure of liver function that occurs suddenly due to such conditions as an overdose of acetaminophen (ie. Tylenol) or ingesting toxic substances.

Liver failure is caused by liver damage, which makes it difficult or impossible for the liver to function normally in processes that are critical to life and your overall health including:

The initial symptoms of liver failure are often ones that can be due to any number of conditions. Because of this, liver failure may be initially difficult to diagnose. Early symptoms include:

However, as liver failure progresses, the symptoms become more serious, requiring urgent care. These symptoms include: