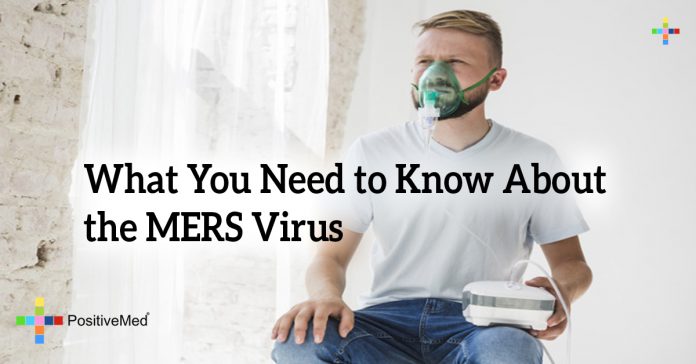 The MERS virus has been making headlines this spring, the Center for Disease Control and Prevention (CDC) has been inundated with questions about MERS (Middle East Respiratory Syndrome) in the United States. Here are some answers to those frequently asked questions:

Let’s get this out of the way – if you’re in the US and you haven’t travelled to the Middle East recently, you are at a negligible risk of getting the virus. Health officials say that the risk of getting MERS from two cases is extremely low. Transmission of the virus appears to require close contact, most cases of human-to-human infection has happened to those who were caring for the ill. Yes, in both US cases, the CDC contacted those who were on the same flights as the patient, but this was borne out of “an abundance of caution,” and is standard procedure.

Researchers aren’t sure where MERS came from, though the MERS corona virus has been found in camels in Qatar, Saudi Arabia, and Egypt (according to the W.H.O.) but they cannot say for sure if people have acquired the disease from the camels. They discovered that the MERS virus has been found in camel milk, and while they don’t know if infected milk can sicken people, they are warning against drinking raw camel milk and experts, as well as the Qatari government, are encouraging people to boil it before consumption. MERS has also been found in bats, suggesting that it could be the source or another animal that is being infected like camels and humans.

MERS is a respiratory virus that’s only recently been found in humans. Symptoms of infection include cough, fever, and shortness of breath. MERS first appeared in humans in September 2012 in Saudi Arabia and has since infected more than five hundred people in fourteen countries. Around 30 % of the infected have since died. Most cases reported have been in the Middle East, particularly Saudi Arabia. This is an increase from previous years, but this could be due to an increasing awareness of the illness and becoming more adept at detecting it.

Though MERS is a respiratory virus and they share a family of viruses (coronavirus), it is not the same as SARS. Unlike SARS, which tends to affect the young and healthy, many with MERS have underlying chronic conditions such as heart or kidney disease or diabetes.

Between the time someone has been exposed to the virus and they become sick is roughly five days, two weeks at the most. People who develop a fever or cough within two weeks of travelling to countries in or around the Arabian Peninsula should see their doctor and tell them their travel history straight away before expressing a concern about having MERS.

Treatment usually involves isolating the patient, either at hospital or at home (if the infection is not severe). Those with breathing difficulties are outfitted with a machine to provide extra oxygen and medication for the fever.

Currently, there is no vaccination for MERS and the most accurate timeframe to develop one is in about three years.