PositiveMed The Positive Side of Medicine
Home Facts What lovers Should Know About Rubbers! 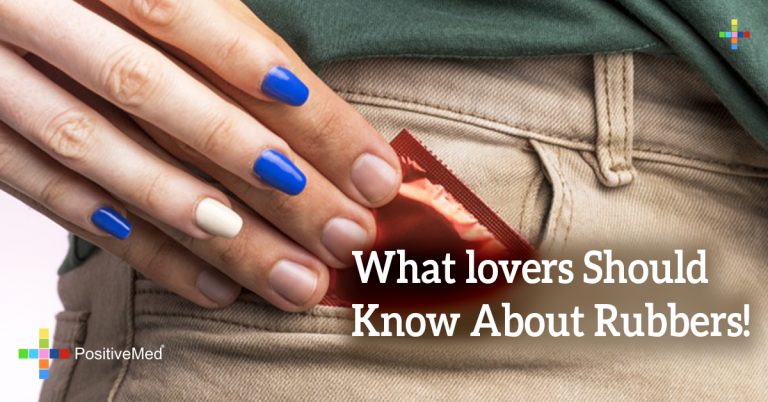 The risk of contracting a sexually transmitted disease (STD) is, or should be, a cause for concern for anyone sexually active. Undoubtedly the advent of AIDS changed the sexual landscape for many.

The only ways to reduce risk of AIDS and other STDs in sexually active people are abstinence, monogamous sex with non-infected  partners, and condom use. Interestingly in Western countries we often don’t recommend abstinence and faithfulness to young adults, only to teenagers, except for religious reasons. Most preventive teaching focuses on the use of condoms, however a large portion of people know few details about the condom, which can make all the difference preventing infection and death.

For condoms to be truly effective in the fight against STD’s they should be used each time for all sexual contact, placing it on the penis before any genital contact. Confirm the integrity of the condom before and after use, make sure it is intact. After ejaculation the penis should be moved from the chosen orifice and the condom removed.

Studies indicate that couples often use condoms improperly, some put it on just before ejaculation, or sometime in the middle of intercourse. Others focus their use to prevent pregnancy, so they don’t use  them during menstruation or in non-fertile phases, during these time periods pregnancy is possible, as is risk for an STD.

It should be noted that condom use reduces chance of infection, it does not eliminate it. Studies indicate condoms reduce risk by 60-90%, these percentages increase when used properly.

With sexually transmitted diseases like gonorrhea, AIDS, and chlamydia, a properly used condom can reduce the risk of infection by 95%. For couples who are not diligent about use protection is distinctly less, and may decrease to 80% or less.

Other infections, like papillomavirus, herpes, and some types of syphilis are transmitted by contact between genitals. The problem is that its common for these diseases to have exposed lesions in areas not covered by the condom, for example in pubic hair, on the scrotal sac or scrotum, the shaft of the penis, the labia, and the area around the anus. A condom can’t always avoid contact or friction with these areas thus infection spreads easily from person to person. Often the lesions are small and go unnoticed, and some are evanescent, which means they come and go or appear in different areas.

A condom does not protect against everything, they are one tool for prevention of infection, they do not replace good judgment and prudence.

One of the biggest problems with venereal contagion lies in what has been called the ‘hidden risk,’ or the infectious potential of these diseases that is not obvious, even to the infected person. Previously it was believed that venereal diseases always had obvious signs or symptoms such as wounds, malodorous discharge, ulcers, cankers, or pus, that  were undoubtedly manifestations of infection. Today we know that many venereal diseases, including AIDS, human papilloma virus, herpes, hepatitis B, and chlamydia can lie dormant for long periods without symptoms so the infected person does not realize they have the disease and are risking infecting others when having sex.

There is a false belief that STDs are exclusive to promiscuous people, or those who visit prostitutes  or brothels, and that housewives, students, professionals, and the upper class are free of these infections. There are many who use condoms only for those relationships they believe to be risky, when in fact the risk is present in everyone who is sexually active and not monogamous.

Almost everyone knows someone, or has heard the story of, a person who has been faithful for many years to their first sexual partner, only to be diagnosed with an STD, from prior acts by their partner, or a secret infidelity. The risk is hidden but present, more if having sex with unknown partners. Social, academic, and economic success does not protect anyone from a disease, and it is a mistaken belief that can kill you.