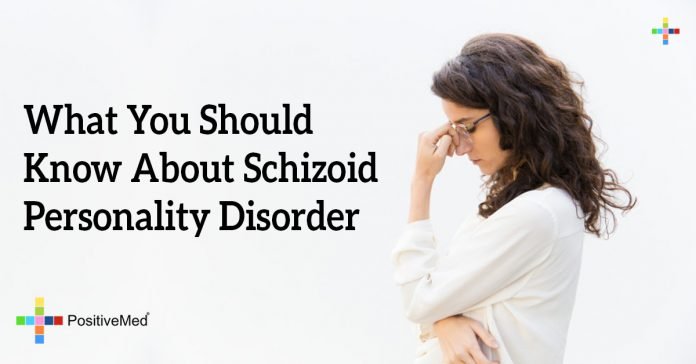 What You Should Know About Schizoid Personality Disorder

Schizoid personality disorder is an uncommon condition that can cause a person to avoid social activities and shy from interactions with society. It is one of many personality disorders.  People with this disorder are often seen as lonely and lacking desire to build strong and close relationships. They may seem to be dull or humorless and do not show concern about what’s going on around them. Sometimes it is hard to accept the fact that you are suffering through this disorder while on the other hand some people like being alone and feel comfortable with only themselves.

The exact causes of schizoid personality disorder are not known but some environmental factors and genetics are suspected in playing a major role. According to some mental health experts a bleak childhood which lacked love, care, warmth, and emotions can lead to this disorder.

Symptoms of schizoid personality disorder can appear in adolescence or late childhood. Following are some signs that can signify this disorder:

It’s important to note that sufferers are not depressed, but detached and indifferent. As they do not show any emotion it’s difficult for others to know what’s going on in their mind. They usually do not perform well at work and school and prefer to be follower, not a leader.

Psychiatrists and mental health professionals can diagnose schizoid personality disorder. A clinician must make precise diagnosis to clearly differentiate between schizoid and other personality disorders as the symptoms are very similar. Theodore Millon, American psychologist, explains that the disorder has 4 sub-types with an individual exhibiting none or some/one of the following: remote (with avoidant, schizotypal characteristics), languid (with depressive aspects), depersonalized (with schizotypal characteristics), and affectless (with compulsive characteristics).

Ways to treat the disorder:

Your hobby can help you come out of your shell and you can enjoy doing things. You can do anything from knitting to watching your favorite sport.

Exercise is a great stress buster. Any form of exercise can be of help. You can go for a brisk walk for 30 minutes.

Alcohol can help you to reduce stress temporarily but in the long run it makes you more frustrated and angry. Avoid intake of alcohol to help you feel better.

Stick with your treatment plan and make it a routine. This will help you overcome the disorder as much as possible. Try to get involved in activities and be friendlier.