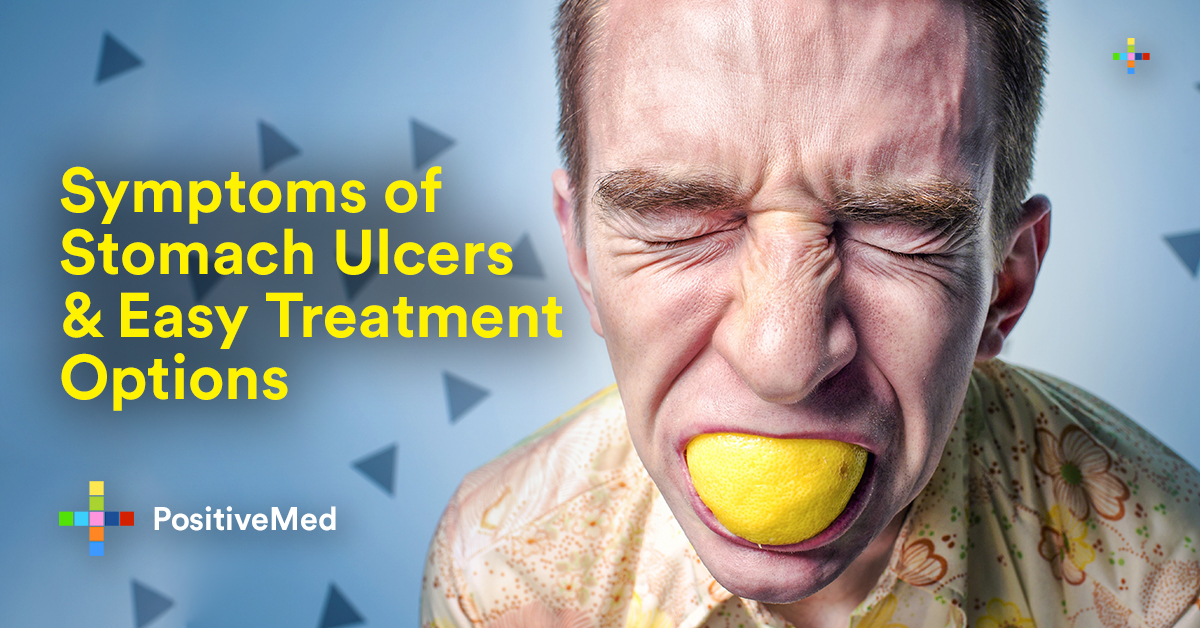 An ulcer is a lesion that develops on the skin or mucous membranes of the body. Ulcers that occur in the stomach or small intestines are known as peptic ulcers. A peptic ulcer in the stomach is also called a gastric ulcer. Ulcers may be caused by lifestyle factors like diet and stress, or an excess amount of stomach acids, however, the majority are caused by an infection from the bacterium Helicobacter pylori (H. pylori). Ulcer symptoms are acute for some people and mild for others. Sometimes ulcers are asymptomatic, meaning a person who has them experiences no symptoms whatsoever.

Pay attention to abdominal pain anywhere between your breastbone and your belly button. The pain can vary in severity and duration, lasting anywhere from a couple of minutes to several hours. It often occurs between meals as your stomach empties and could be described as a burning, stabbing, or aching pain.

• Often pain caused by ulcers can be temporarily relieved by eating foods that buffer the acid in the stomach, or by taking an over-the-counter antacid medication.

• If your stomach pain is caused by ulcers, flare-ups may occur at night and whenever you are hungry.

Watch for other symptoms of ulcers that sufferers have reported. All of these symptoms don’t occur for all people, but you may experience a combination of any of them.

• An increase in the amount of gas and burping.
• A feeling of fullness and an inability to drink a lot of liquids.
• Being hungry a couple of hours after eating a meal.
• Mild nausea, most common on first waking in the morning.
• An overall feeling of being tired and not feeling well.
• Loss of appetite.
• Weight loss.

Recognize the symptoms of a severe ulcer. If left untreated, ulcers can cause internal bleeding and other problems, leading to a medical emergency.

• Vomiting, especially if blood is present, can be an indication of advanced ulcers.
• Dark, tarry, or pasty stool may also be a sign of severe ulcers.
• Bloody stools.

Know if you are more likely to get stomach ulcers. While stomach ulcers can present for any number of reasons, to most any individual, people most at risk to develop them include:

If you already know you have stomach ulcers, a few easy ways to reduce the symptoms are:

• Reduce your carb intake – try for under 100 total carbs per day.
• Licorice root – it helps boost the stomach lining and reduce irritation.
• Spread your meals throughout the day – eat six small meals rather than three large ones.
• Increase the amount of water you drink as well as including foods rich in flavonoids (celery, cranberries, apples) and dairy products (particularly goat’s milk, if you can find it) and don’t be afraid of butter (while staying far away from margarine).
• Start working on stress management, take an anger management course if you can
• Stop smoking. Seriously. Right now. You can do it.
• Limit or eliminate alcohol (at least for a few months).
• Limit spicy foods and citrus fruits – while delicious, their acids can be irritating your ulcer.
• Instead of coffee, drink chamomile, ginger, or peppermint tea.

While this isn’t a complete list and there are certainly other mitigating factors with everyone’s health – including, but not limited to, local groups, healthcare, clean water and food availability – this should be a good start to anyone attempting to take control of their health and well-being.