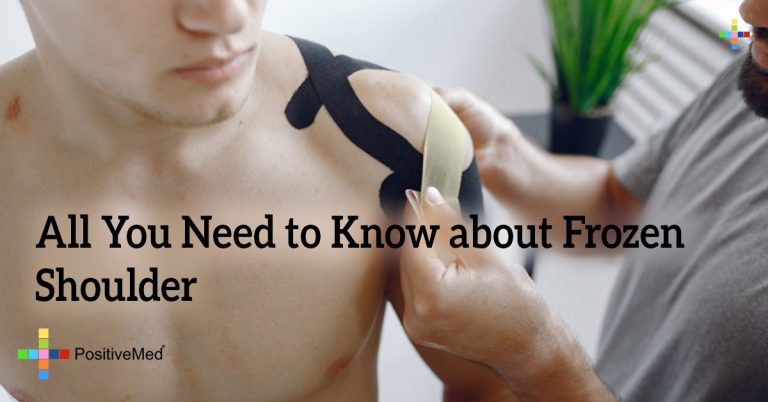 Frozen shoulder, sometimes called frozen shoulder syndrome or FSS, is an extremely painful condition that severely limits the range of motion in the shoulder joint (glenohumeral socket). This condition is usually unilateral, but one out of five people will experience it in both shoulders. The medical term for FFS, adhesive capsulitis, is a fair description of what is occurring at the joint level. When used medically, the word “adhesive” means sticking or holding fast. The lining of the glenohumeral socket is the capsule. When the capsule becomes irritated and inflamed, it is called capsulitis. There is inflammation in the capsule, which causes thickening around the shoulder joint. The muscles surrounding the joint adhere and restrict movement.

Frozen shoulder syndrome is sometimes the consequence of trauma to the shoulder joint, bursitis or tendinitis. In some cases, the causes of FSS are not fully understood.
Those who have had extended periods of shoulder immobility because of surgery, are at greater risk of developing FSS than those who have never experienced anything that could have impeded shoulder mobility.

According to the American Academy of Orthopaedic Surgeons, “medical problems associated with increased risk of frozen shoulder include hypothyroidism, hyperthyroidism, Parkinson’s disease, stroke, and cardiac disease.” Frozen shoulder syndrome is five times more frequent in the diabetic population, however the causality is unknown.

Frozen shoulder syndrome is rare in those under age 40. It is more prevalent in women than men. 2-3% of the population is affected by this syndrome, according to estimates.

When the range of shoulder movement is significantly limited in all directions on examination by a physician, FSS is suspected. The doctor will order blood tests and an X-ray of the shoulder. At times, contrast dye (contrast medium) is injected into the shoulder joint to help with visualization of tissues. Magnetic resonance imaging (MRI) can also be used as a diagnostic tool.

Treatment of FSS includes cortisone injections into the shoulder joint space, nonsteroidal anti-inflammatory medications and an aggressive routine of physical therapy. Physical therapy visits are usually three times a week and include ultrasound, electric stimulation, active and passive range-of-motion exercises, stretching, ice or heat therapy, and eventually strengthening exercises. Exercises are assigned for home time. It is imperative that the exercise regimen be followed or permanent disability might result. It could take 6-9 months of therapy to see improvement.

Without treatment, frozen shoulder will generally improve on its own, though it could take up to two to three years. Treatment is aimed at pain control and restoring motion. Even with aggressive therapy, there is a permanent loss of range of movement in 10 percent of the treated population. Due to the risk of permanent damage, it is important for all persons with pain and stiffness in the shoulder joint to be evaluated and treated as soon as FSS is suspected.