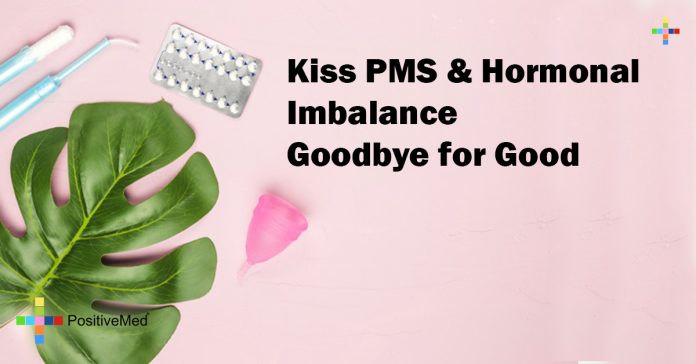 Many of us cope with at least one premenstrual syndrome (PMS) symptom in the week or two leading up to our periods. For up to 20% of people, these PMS symptoms are moderate to severe, and for another 5% symptoms are severe enough to be diagnosed as premenstrual dysphoric disorder (PMDD). No matter how serious your symptoms, if you’re dealing with PMS, you should know that there are many treatment options available that can help.

The choices one makes for PMS treatment should depend on the severity of their PMS symptoms, their goals, and lifestyle. For example, while oral contraceptives are a good option for many people who want to end PMS symptoms, people hoping to become pregnant may want to investigate another treatment. When seeking treatment, it’s a good idea to keep track of PMS symptoms so you and your doctor can work together to develop the best plan of action.

If you’re having trouble sleeping, a common problem, exposure to bright light during the day may regulate the body’s melatonin levels. Melatonin is a naturally produced substance necessary for a good night’s sleep.

Nutritional therapists maintain that a nutritional deficiency or too much or too little of certain foods can trigger PMS in susceptible people. For many people, nutritional supplements and appropriate dietary restrictions effectively eliminate the monthly onslaught of symptoms.

Vitamin B6 (pyridoxine) is one of the more commonly prescribed supplements for PMS treatment. Clinical research has shown that the overwhelming majority of people who take vitamin B6 supplements regularly significantly reduce their symptoms, including:

This vitamin is thought to perform several functions that alleviate PMS symptoms, such as helping produce serotonin (a mood-regulating chemical in the brain) and blocking the manufacture of the hormone prolactin (which is linked to breast tenderness). In addition, people with PMS symptoms may be deficient in vitamin B6.

People with PMS also may have a magnesium deficiency. Supplementation with this mineral has been shown to relieve the symptoms of water retention and nervousness, among others. Other helpful supplements include:

In general, a diet rich in vegetables (especially leafy green vegetables), fruits, whole grains (with lots of buckwheat, millet, and barley but not much wheat), and beans is least likely to encourage PMS symptoms for most people. Drinking at least eight glasses of water per day can actually reduce water retention. Meals should be small, frequent, and spaced throughout the day to keep blood sugar levels in check. The following are some other specific suggestions:

A naturopathic physician may prescribe supplementation treatment, such as taking magnesium and vitamin B6. Be sure to consult a physician before taking B6, however, as high doses may cause nerve damage.

Note – No lab test can confirm if you have premenstrual syndrome. The best way to tell is to keep a daily diary for three months, noting when your symptoms occur and the beginning and ending dates of menstruation.