PositiveMed The Positive Side of Medicine
Home health Health News Surprising Discovery: How Skin Communicates With The Liver 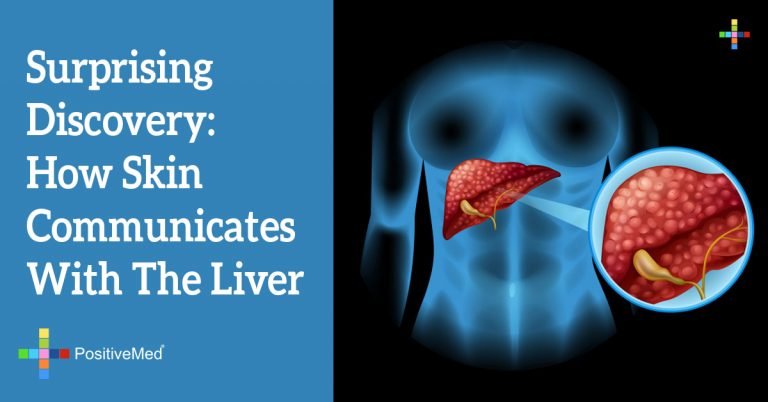 Our bodies work due to divinely created coordination between the organs in our body making life possible. Our skin is the largest organ and the liver is the second largest. Recent research at the University of Southern Denmark has revealed that our skin has the ability to communicate with our liver. The scientists who conducted this research are shocked and say that this research can help establish the effects that skin diseases have on other organs of the body. The skin is capable of communicating with other organs also which means that our overall health depends on our skin’s health, and vice versa.

Professor Mandurp and her team at USD were conducting research on something else when this intriguing fact arose which left them stunned. Professor Mandurp was working with Nils Faergeman’s group of researchers at the Department of Biochemistry and Molecular Biology when she found that our skin communicates with other vital organs.

The study was being conducted on a “knock-out” mouse when this discovery was made. The knock-out mice did not have fat-binding proteins called acyl-COA-binding protein. Some of the rats had strange greasy fur and were finding weaning difficult which made researchers take a closer look.

The rats with greasy fur were finding it difficult to process fat through their liver and were accumulating it. Professor Mandurp’s team initially thought this was caused by missing liver genes. When the team conducted further experiments and had a closer look, it was found that other factors were involved in developing these metabolic abnormalities. The researchers had a closer look at the skin of the mice and found that the skin was leaky and lost more water than a normal rat. Researchers found that when the mice lost water they also lost heat. This made the researchers think this heat and water loss was the reason behind fat accumulation in the livers of the rats.

The researchers were correct in their reasoning. The knock-out mice with skin and fur problems had more liver-related problems. In order to confirm this correlation between the liver and skin of knock-out mice, some petroleum jelly and liquid latex was applied to their fur coat which marked an end to the heat and water loss in the mice. This end of heat and water loss also avoided fat accumulation in their livers.

The team states the way skin health affects the liver’s metabolism is quite a surprise in itself. Researchers concluded the loss of heat from the skin of mice made them feel cold which resulted in breakdown of fat in their tissues. The broken-down fat later moved to the liver which moves energy from the tissues to the liver.

This discovery of correlation and communication between the liver and skin may answer many questions regarding mysterious diseases and can help scientists to come up with better treatments for both liver and skin conditions.