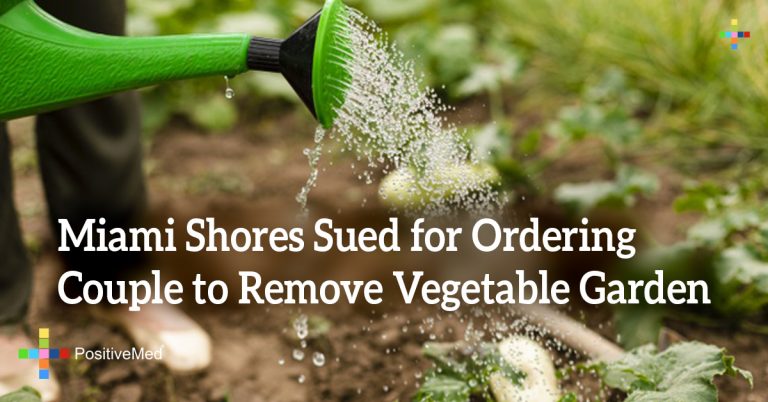 Maintaining a vegetable garden was a token of love for retired architect Hermine Rickets. Okra, kale, lettuce, onions, and a variety of Asian cabbage were part of this garden, however the leaders of Miami Shore Village were not happy with Rickets’ garden and ordered her and her husband to destroy the garden they have been nourishing for 17 years or pay fines of $50 per day if they wish to continue with it. Per village officials a front yard garden violates their ordinance.
The couple sued the Village officials and accused them of violating their rights under the constitution of Florida. The couple also mentioned that they never had to shop for vegetables but now they have to go shopping and pay heavy prices for organic vegetables. The intention of the couple behind suing village officials is not money as they have made a claim of $1, they just want to continue with their vegetable garden.

The couple’s attorney Ari Bargil states the village’s zoning code violates the inalienable rights of Florida’s property owners which includes the right to, “acquire, protect, and possess property.” Bargil is a part of a non-profit organization Institute for Justice based in Arlington. The institute came into the limelight when they represented a Hialeah street vendor in lawsuit against the city for not allowing vendors like him to sell goods within 300 feet of brick and mortar stores that sell identical products. That case has not yet been finalized.
The ordinance at Miami Shores specifically bans growing and harvesting vegetables but is fine with the growing of flowers and fruit and allows plastic flamingos. The village officials say that they have simply responded to a complaint they received from zoning inspectors in May who gave the couple until August 31st to remove the vegetable garden from the front yard. The village officials also said that they have always allowed growing vegetables in the backyard however prohibit doing so in the front yard for aesthetic reasons.

It’s difficult to successfully challenge aesthetic regulations. The Miami Village attorney Richard Sarafan says these issues are at the discretion of the local municipality responsible for making the surrounding community look neat and clean and that it is not an agricultural zoning area.
Rickets and Carroll say they moved their vegetable garden from their backyard to the front yard because some of their yields are seasonal and they cannot sustain with only two hours of sunlight when they need at least 6 hours. Ricketts also said the vegetable garden she and her husband have been growing for years has become a symbol of their life. They question the fairness of legal imported plastic versus not being able to grow your own organic vegetables in the front yard of property you own.