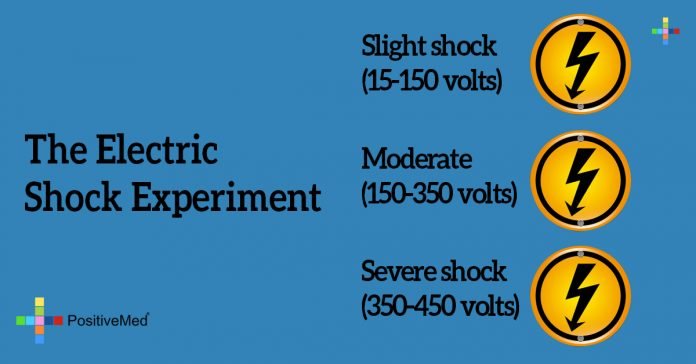 The Milgram experiment is a psychological experiment conducted by researcher Stanley Milgram in 1963. The experiment was about the human tendency to follow orders given by higher authorities even if they conflict with a person’s personal conscience. The experiment was conducted at Yale University and initiated in 1961 soon after the trial of World War 2 criminal Adolph Eichmann began. Eichmann said in his defense that he, along with others, was just following orders given to him by senior leaders of the Nazi forces who had higher authority than him. Milgram was interested in finding if German soldiers were actually obedient to their superiors as this was their explanation for most of the killings in World War 2.

The Milgram experiment was performed on 40 men who were chosen from recruitment ads in the newspaper. The chosen participants were given $4.50 as compensation for their participation in the experiment. For performing the experiment Milgram came up with an electric shock generator that was capable of transmitting shocks from 15 volts to 450 volts. There were 30 buttons to give shocks ranging from 15 to 450 volts. The buttons were labelled as slight shock (15-150 volts) moderate (150-350 volts) and severe shock (350-450 volts).
The participants were asked to play the role of teacher and give shocks to the person playing learner every time a wrong answer was given. The participants thought they are giving shocks to the learner, however, the learner was not receiving actual shocks. The learner acted as if the shocks are bothering him and reacted as if actual shocks were being transmitted. There was another person who acted as the experimenter and conducted the experiment. Mr. Milgram did not play any of the roles.
With the progress in the experiment, as the levels of shock were increased the learner pleaded for release and even complained about severe heart conditions. Once the 300 level was reached the learner who was sitting in the adjoining room banged himself on the wall and demanded release. Past the 300 volt level the learner became silent and refused to give more answers. The experiment then asked the participants playing the role of teacher to consider silence as an incorrect answer and continue delivering shocks of increased intensity.
The conscience of most teachers would not allow them to give further shocks and they asked the experimenter if they should continue to deliver shocks of higher intensity. The experimenter gave 4 standard responses which were:
“Please continue.”
“The experiment requires that you continue.”
“It is absolutely essential that you continue.”
“You have no other choice, you must go on.”

Results:
When the experiment ended it was found that 65% of participants delivered the highest levels of shock while the remaining 35% stopped at 300 volts. It was also found that most participants became agitated and angry with the experimenter yet they continued to follow the orders given to them by delivering the high intensity shocks. Most of the participants became anxious about the condition of the learners and were told at the end of the experiment that the shocks they were passing were not actually impacting the learner. It was concluded that ordinary people tend to follow instructions given to them by higher authorities even if they conflict with their opinions and choices.