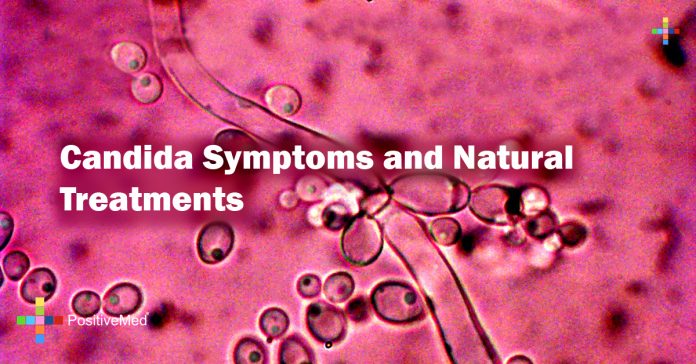 How to Kill Candida and Balance Gut Flora in a Week

The yeast Candida albicans is a yeast that normally lives harmlessly in small numbers in the body, controlled by beneficial bacteria in the body and the immune system. If the beneficial bacteria are killed by antibiotics, or if a person’s immune system becomes weakened, Candida can grow unchecked and cause symptoms. Localized infections such as oral thrush, skin infections, and vaginal yeast infections in women can result. Widespread infection can occur in immunocompromised people.

Candida overgrowth in the intestines is thought to, in some cases, penetrate the intestinal wall, causing the yeast and other unwanted particles from being absorbed into the body. This is thought to activate the immune system, resulting in fatigue, headache, mood swings, poor memory and concentration, cravings for sweets, and has been linked to conditions like fibromyalgia. Most conventional doctors think this systemic condition is overdiagnosed and many disagree with the diagnosis.

Alternative practitioners recommend individualized programs that usually combine diet and supplements. Supplements are introduced gradually to avoid a temporary worsening of symptoms called a “die-off” or Herxheimer reaction. This is because when candida are killed, they release protein fragments and toxins that can trigger an antibody response from the immune system.

Improvement in symptoms is usually noticed after two to four weeks.

The beneficial bacteria acidophilus is thought to control candida by making the intestinal tract more acidic, discouraging growth of candida, and by producing hydrogen peroxide, which directly kills Candida.

Research shows that supplementing with a hydrogen peroxide-producing strain of acidophilus, DDS-1 greatly reduced the incidence of antibiotic-induced yeast infections. These beneficial bacteria also help to restore the microbial balance within the digestive tract.

2) Fiber
One teaspoon to one tablespoon of soluble fiber containing flaxseed, guar gum, psyllium husks, or pectin can be mixed in an 8 oz glass of water two times per day on an empty stomach.

3) Enteric-coated Essential Oils
Enteric-coated capsules containing oregano oil, peppermint oil, and other volatile oils are thought to prevent the overgrowth of candida. It is usually recommended for at least several months. A standard dosage is two capsules two times a day with water, in between meals. Pure volatile oils can be quite toxic in this amount, so the liquid form of these oils should never be ingested, and the capsules should not be broken open before ingesting.

Other valuable supplements are caprylic acid from coconuts, oleic acid from olive oil, oregano oil, and pau d’arco. There are many combination products formulated for candida that contain these herbs and supplements.

5) Diet
Diet is an important part of the Candida cleanse. The length of time on the Candida cleanse depends on the length of time one has had symptoms, symptom severity, and overall health. People may notice improvement after strict adherence to the diet for 2-4 weeks. For others it takes months. Once symptoms are gone and lab tests show significant improvement, foods from the restricted list can be slowly incorporated back into the diet.

Limit daily carbohydrate intake – sugar feeds Candida, so it is important to minimize the total carbohydrate content of one’s diet. During the first 2 to 3 weeks of the program it’s often recommended that carbohydrate intake be restricted to 20 to 60 grams per day, depending on age, health, activity level, and extent of grain sensitivities. As symptoms disappear, the carbohydrate total can gradually increase. Foods that are low carb include protein foods such as meat, chicken, turkey, shellfish, some nuts, and non-starchy vegetables.

6) Environmental/Lifestyle
Consider talking with your physician about substitute methods of birth control if you are using oral contraceptives. Practitioners usually suggest avoiding alcohol and smoking, both can impair immune function.