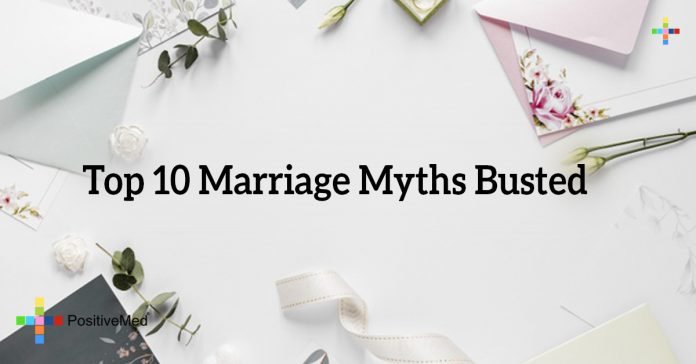 According to the statistics of the latest US census, around 50% of marriages end in divorce. This has made many couples reconsider their decision to get married and has given birth to many marriage-related myths. This does not mean everyone, there are always exceptions.

Many people think that being in a live-in relationship is like marriage without legal status attached, its a myth. Studies show that cohabitation doesn’t give couples any mental, emotional, or physical benefit. This is because people who live together don’t have the sense of commitment that married couples have. Live-in partners resemble singles more and are more concerned about their own well-being rather than that of their partner.

Many think that married people have less of a love life than people who stay single. As per results of a large-scale national study, married people have more and better closeness than single people and they enjoy love-making more physically and mentally.

If you currently have any signs of domestic violence in your relationship getting married will not make it better. Battering tends to increase with time. A woman is beaten every 15 seconds in the US. In the time it took you to read this article at least one woman died at the hands of her partner.

4. People can’t stay with one person for life

Many think that they cannot stay with one person for their entire life. Life expectancy has increased and so has the time spent with your partner. Studies show that the increase in life expectancy has no direct correlation with the success of marriage and it is more to do with developments in medical science. In fact a healthy marriage is a contributing factor to a longer life.

Its a common myth that more educated women are less likely to get married. Educational qualifications of a woman becomes a positive factor in her likelihood to get married, a recent study showed that women who graduated from college have higher marriage rates than under-graduate women.

People believe that having a child brings couples together. Its not true, studies show that the attention couples used to give to each other gets divided when the child comes and this takes couples apart to an extent. This situation can be controlled by balancing things.

Marriage benefits both men and women. Men have more health benefits from marriage while it gives women financial stability and a sense of security. Marriages are not gender-biased.

9. No time for romance

Many single people think that if they get married romance will vanish and they will have no time to love each other. While its true that marriage has added responsibilities, proper time-management can give you time to romance each other.

Its often believed that social life ends post-marriage. Its incorrect as marriage is also an integration of two families. You get to know your in-laws more closely and it enlarges your social circle rather than ending it.