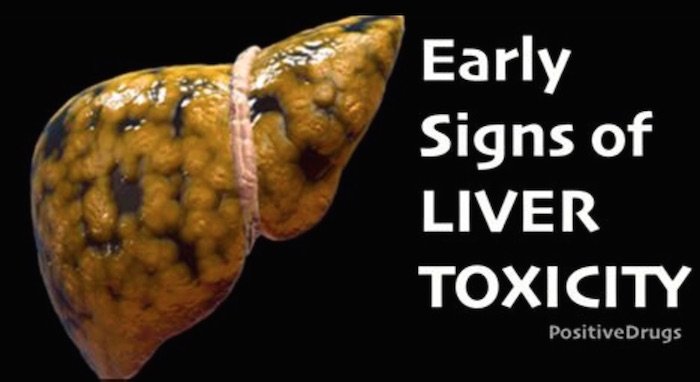 Liver toxicity, or toxic hepatitis, happens when there is an accumulation of toxic material in the liver. One of the main functions of the liver is to filter out toxic materials from the body. If the exposure to the toxic material continues long-term it may cause chronic damage to the liver, or what is called liver toxicity. One good examples is from prescription drugs. When we have a pill or 2, the liver breaks down the ingredients inside the pills, so that they can be removed from the body through bile or urine, which ends up in the production of some byproducts.

A list of the most damaging toxins to the liver:

1- Alcohol. Alcohol is the most commonly consumed liver-toxic material. Drinking 1-2 glasses of wine or a pint of beer per week is fine and even good for your health, but if you drink heavily, you should know that alcohol causes inflammation in the liver, over a long time it may lead to alcoholic hepatitis. If this continues it can lead to liver failure and cirrhosis, which can be fatal.

2- Over-the-counter pain medications (analgesics). These drugs are minor pain relievers and you can get them without prescription. When consumed long term or in a large quantity, for example mistakenly by a child or in a suicide attempt, they create a sudden enormous load of toxins in the liver, more than what liver is capable of handling. You should note that toxicity of these drugs skyrocket when they are consumed with another toxin, such as alcohol or other liver- toxic drugs. Acetaminophen (aka Tylenol, Panadol, Mapap, Ofirmev, Feverall, Acephen, Mejoralito, Xl-dol, Nortemp, Tempra, Bf-paradac, Aphen, Ringl, Aypanal, Apap) is the most common liver toxin drug. It treats minor pains and soothes fever, it’s helpful in sinusitis (sinus infection) and sore throat, but never stay on it for a long time!

According to FDA, drug induced liver toxicity is now the main cause of acute liver failure, more than all other causes combined.

3- Prescription Drugs. Remember Heath Ledger, the young talented actor who died at a young age in 2008? His cause of death was liver toxicity due to a deadly combination of Oxycodin, (a painkiller) Valium, Xanax, Restoril, Unisom and Vicodin.

According to Mayo Clinic, some prescription drugs that may cause liver toxicity are as following:

4- Herbs and Dietary Supplements. There are some herbs in nature that when consumed in large quantities can cause liver damage. Some of the examples are cascara, chaparral, comfrey, kava and ephedra. Also, some supplements if taken in large quantities may cause liver toxicity, there are too many incidents of young children mistaking these supplements for candy and eating them.

5- Industrial and Commercial Chemicals. According to Haz-map, there are dozens of common commercial and industrial chemicals that may cause liver damage, some more famous examples are as follows:
Chlorinated Solvents
Carbon Tetrachloride (the dry cleaning solvent)
Vinyl Chloride (widely used in making plastics)