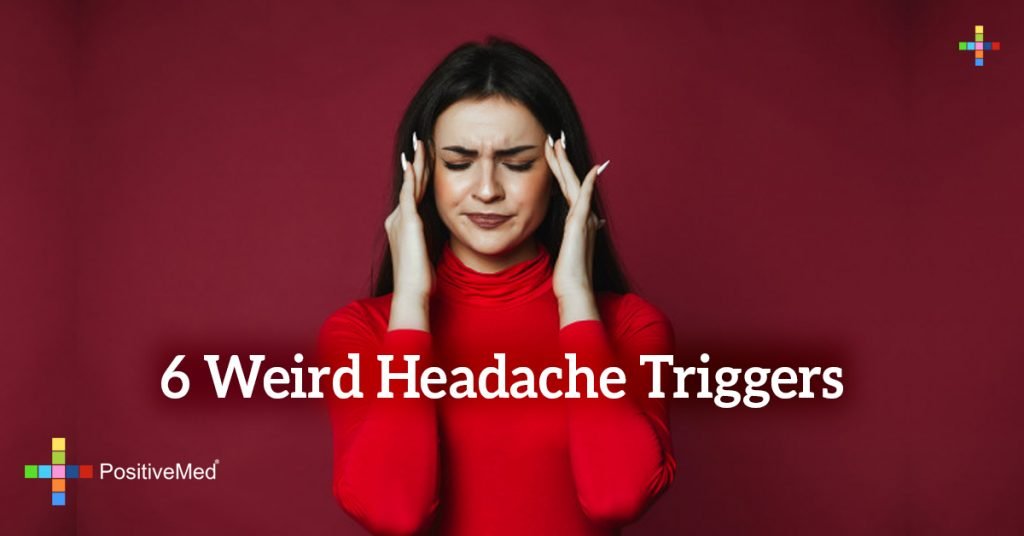 Most times, we can’t really tell what caused our headache, and at other times we read it all wrong. When one has a sinus infection or they have a major work project, they will most likely have a headache. However, headaches can be triggered by seemingly less harmful activities some of which we would never think of as causes. Many people resort to popping a pill hoping that they can take the pain away but to no avail. Research as well as consultations with experts have revealed some of the unexpected causes of headaches and also ways to get them to go away.

A combination of certain foods for lunch could be one weird cause of a migraine. Take, for instance, a slice of cheddar with a turkey sandwich one day and a diet soda and a piece of dark chocolate the next. Though both of these meals may make for a slim waistline and pass as friendly meals, one of them is a decidedly unhealthy combination. This is because it contains chemicals that have the potential to trigger a migraine. These chemical are believed to alter neurotransmitter levels thus causing a headache. To be able to zero in on the meal that caused your headache, keep a food diary so that when you get a headache, it is easy to see if something you ate is the potential trigger. When you think you have figured out what triggered it, eliminate it from your diet and see if the symptoms are alleviated.

This has been listed as the biggest emotional cause even more than anxiety or depression. This happens because when one is angry, the muscles tend to tense up, including those in your scalp or at the back of your neck. The prolonged contraction of the muscles will result in a classic sign of a tension headache. Take larger than normal breaths when you are simmering; inhaling and holding for 3 to 5 seconds can really help. This move is soothing and stops your shoulders and neck muscles from tensing up and bringing on headaches.

The over the counter drugs we take to relieve head pains do no good when taken 2 to 3 times a day. They can cause rebound and frequent headaches by affecting the pain control system. To deal with this, it would help to only occasionally take over the counter drugs. It is also important that you follow the instructions that come with them. It may be that the second or third time you want to take some more pills for your headache is when you should be going to see your doctor.

About 60% of female migraine sufferers get migraines before or during their period. They are hormonal headaches due to a drop in the level of estrogen in the body. Many women take Triptan a couple of days before or throughout their period to prevent these types of headaches from occurring.

This is known as a coital headache, and it is common in men. It builds just before an satisfaction peak and is caused by a blood rush to the head. Drinking a lot of water has been found to relieve this type of headache.

Jogging On The Treadmill

This may happen within seconds of beginning your session, but it’s mostly common with people prone to migraines. It is usually due to muscles in the head and neck becoming inflamed and causing pressure build-up in the head. Avoid making your jog on the treadmill the first in your list of exercises, and this may help in dealing with the problem.