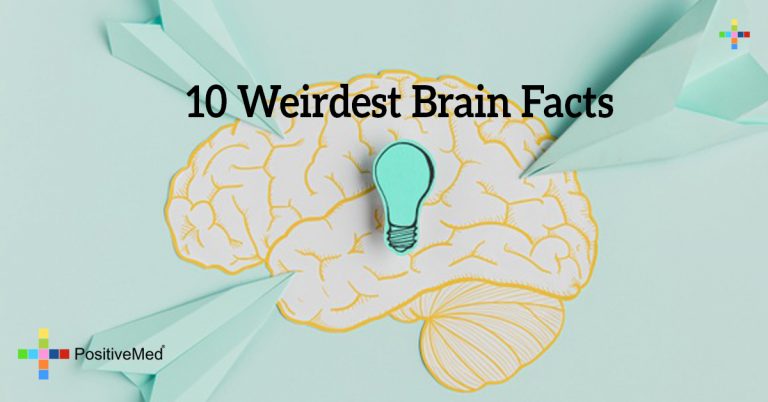 1. The brain feels no pain
There is a familiar expression “Relax, this won’t hurt a bit…” at the doctor’s office, but something inside you knows it’s not true, well, in the case of the brain it’s completely true. The brain has no pain receptors, and that’s why surgeons can perform brain surgery with the patient wide awake.
We feel pain due to a nociceptor, a sensory receptor, that sends signals to the spinal cord and brain alerting us to danger.

2. 100,000 Miles of Blood Vessels in the Brain
There are also a hundred billion neurons that comprise the brain – as many as in the entire galaxy – all in a squishy mass about the size of a cantaloupe.
The brain produces between 10-23 watts of power when awake — enough to light a bulb. Made of 75% water, your noodle has over 100 trillion synapses that connect those neurons and enough space to hold the entire Encyclopedia Britannica fivefold or 1,000 terabytes of information.

3. Thinking Too Much?
Humans have approximately 70,000 thoughts each day!

4. Size Doesn’t Matter
The weight and size of a brain have nothing to do with intellectual ability. Albert Einstein’s brain actually weighed less than the average weight of a human brain!

5. Your Brain is More Active When You Sleep
Night-time is the right time for your brain to process all the activity that has occurred during the day. Some believe dreams are a way to process the complex emotions and interactions of our daily lives, others think it’s just a way to zero-out information, much like a computer.
People with higher IQs tend to dream more, and a nap during the day has proven to make people more energized and focused on their work.

6. Whose is Bigger?
Although studies have shown that the male brain is on average up to 10% larger than a female’s brain, it has also been proven that female’s brains have more nerve cells and connectors, therefore working more efficiently than men’s.

7. “Inception” is reality-based
Lucid Dreaming is where a person could control the outcome of a dream while in a sleep-like state, reminding themselves of the illusory nature of existence.

8. Scent
The reason memories that are triggered by scent seem more intense and easier to recall, is because our sense of smell has a deeper emotional connection with our brain.

9. Brain Child
When people read aloud and talk often to their small children and babies, it promotes faster brain development.

10. True laughter is involuntary
Even though true laughter is contagious, it is also something not easily faked. WHY we laugh is not because of jokes, most of the time a guffaw is not the result of a punch line, yet it requires activity in 5 different areas of our brain.