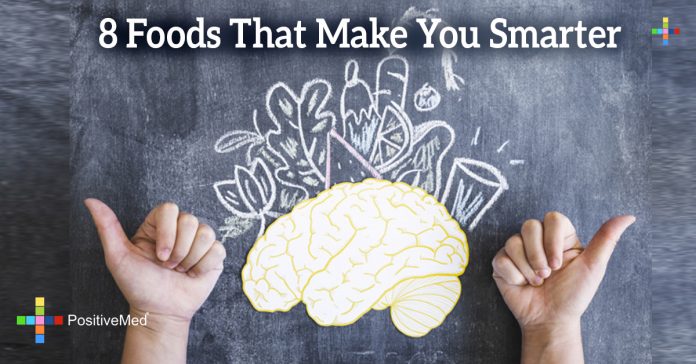 Eating well will not only give you the body you want, it is actually very important for your physical and mental health. The brain, just like any other organ, needs nutrients and minerals to keep the grey matter as healthy as possible. The following are some of the best foods you can provide your brain with.

They release glucose slowly into the bloodstream, keeping you mentally alert throughout the day, which promote the ability to concentrate and focus that comes from the adequate, steady supply of energy in our blood to the brain. Also make sure you purchase whole grain breads, instead of multi-grain breads.

Blueberries are abundant sources of antioxidants which fight free radicals in the body. Studies suggest blueberries they improve memory and delay short term memory loss. Other sources of these antioxidants include: Pomegranate, black raspberry, blackberry, plum and raspberry.

They are packed with lycopene, a powerful antioxidant that protects against the kind of free radical damage to cells which occurs in the development of dementia. Spinach is also a great source.

They are packed with zinc, which are vital for enhancing memory and thinking skills.

They are a great source of vitamin K, which is known to enhance cognitive function and improve brainpower.

They have had a long reputation of improving the memory. For a long time, herbalists have recommended the use of sage oil for improving memory. New studies in Northumbria and Newcastle Universities show people who consume sage oil perform significantly better in various longterm and short term memory tests.

They are packed with vitamin E, which helps to prevent cognitive decline, particularly in the elderly. Walnuts are great source of omega-3 and vitamin E which are essential for proper brain functions.