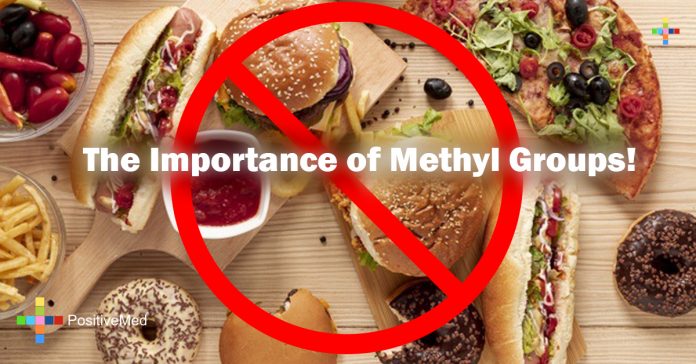 Did you ever wonder WHY all of a sudden someone develops a neurodegenerative disorder, heart disease, an autoimmune condition or even…cancer?

Did it just drop down out of the sky and land on their head?

No! They expressed a “bad gene!”

How do you express “bad genes” like autoimmune, MS, ALS, Parkinson’s, heart disease or cancer?

The answer is depleted methyl groups! Depletion of your body’s methyl groups is how “bad” genes are expressed.

This is WHY it is vital for everyone to have the proper amount of stomach acid (HCL)!

We create massive amounts of HCL when we are young but as we age, we make less and less. Again, further decreases in stomach acid or HCL are caused by excess stress and a poor diet.

Methyl groups are VITAL for normal cell replication at the level of the DNA! They literally turn genes “on” or “off.”

Inadequate methylation capacity can lead to birth defects, depression, cognitive decline, diseases and cancer. Impaired methylation has even been associated with autism.

So… a patient has depleted methyl groups and all of a sudden they come in contact with a toxin, prolonged exposure to EMFs, a dental infection, or severe emotional stress, and… BOOM… they express the bad gene. The next thing you know, they have a neurodegenerative disorder like Parkinson’s, ALS, or Alzheimer’s, they have an autoimmune condition, or they have cancer. None of these conditions drop out of the sky and land on a patient; there has to be a cause, and the cause is depleted methyl groups.

How do you test for adequate levels of HCL? By checking the patient’s blood work and looking at the total protein, serum globulin, BUN and phosphorus. If some or all are abnormal, you most likely have lower levels of HCL.

How do you test for methyl groups? There is a specific urine test that can be run called the Basic Organic Acid test.

How do you increase HCL? The only way to increase HCL is by using supplements. Using supplements to increase HCL in the stomach is one of THE BEST means of preventing serious illness! Many patients cannot tolerate HCL directly in the beginning because their stomach acid is so low so I use a product from Premier Reseach Labs called GastroVen as a tea (2-3 capsules in hot water). Then, I eventually move them up to PRL’s HCL, HCL Activator and Digest (pancreatic enzymes) after every meal. Taking HCL/HCL Activator after every meal is something that should be done by everyone over the age of 25. Up until the age of 25, using pink salt will suffice. Throw that blue container of white garbage salt in the trash! Pink Salt is not chemically processed like white salt and it contains calcium, magnesium and other trace minerals. The body will take the chloride molecule from the pink salt (NaCl) and makes HCL. No matter what age, using pink salt is one of the best things that you can do to improve your health!

Please note that HCL breaks food down BUT by itself HCL cannot methylate a cell. HCL Activator provides a buffer in the form of potassium. Potassium added to HCL creates tri-methyl glycine and it is the tri-methyl glycine that adds three (3) methyl (CH3) groups to each cell .

Methyl (CH3) is part of an acetyl group (COCH3) in chemistry. Again, deacteylation occurs in cancer. It was Dr. Stanislaw Burzynski that first showed that deacetylation ‘turns on’ oncogenes and ‘turns off’ tumor suppressor cells. Acetylation occurs when we add the methyl (CH3) group to the chemistry mixture and acetylation ‘turns off’ oncogenes and ‘turns on’ tumor suppressor cells.

As a side note, patients that wake up in the middle of the night and are unable to fall back to sleep usually have a problem with their stomach. They suffer from hypochlorhydria or low HCL. Patients that have difficulty falling asleep at night usually suffer from a gall bladder problem and feeling groggy in the morning is usually an adrenal issue.

Finally, I strongly recommend that patients DO NOT drink alkaline water as it will alkalize their stomach and NOT their body. You want the stomach ACIDIC not alkaline so it can digest your food and create methyl groups! I have had patients that have drunk alkaline water for years and when we check their first morning urine pH, they were acidic! They had depleted their body of methyl groups due to lack of stomach acid (HCL) and they were heading down the road to cancer and/or other chronic diseases!

If you have any questions, please email Dr. Johnson at [email protected] 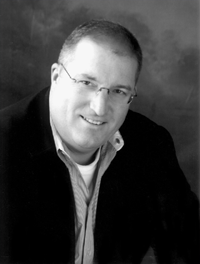 Dr. Michael L. Johnson is a Board-Certified Chiropractic Neurologist and has been in private practice in Appleton, WI since 1983. He is the author of five books. His first is What Do You Do When the Medications Don’t Work?—A Non-Drug Treatment of Dizziness, Migraine Headaches, Fibromyalgia and Other Chronic Conditions is available on Amazon.com. Dr. Johnson’s second book,You Can Beat Cancer…Naturally! His third book, You Can Beat Thyroid Disease…Naturally!, his fourth book,You Can Beat Fibromyalgia…Naturally!, and his fifth book, You Can Beat Autoimmune Conditions…Naturally! are all available as a FREE download e-book at www.askdrjohnson.com. His sixth book, You Can Beat Heart Disease…Naturally!, will be released later this spring. Dr. Johnson’s YouTube and Facebook pages are at “Dr. Michael Johnson.”