PositiveMed The Positive Side of Medicine
Home all positive experiences Exercise Your Brain! 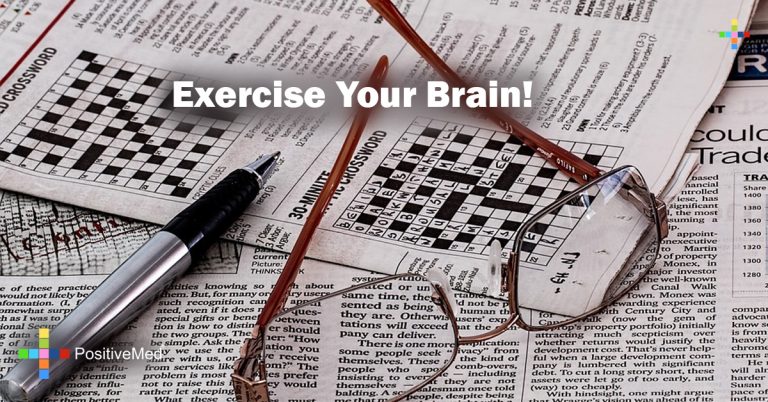 A study by Rush University Medical Center and Illinois Institute of Technology presented their findings at the 98th Radiological Society of North America (RSNA) in Chicago that shows a positive correlation between brain health and simple mental activities like reading, writing, playing games, and doing puzzles.

This study was headed by Associate Professor in the Department of Diagnostic Radiology and Nuclear Medicine at Rush University Konstantinos Arfanakis. He stated, “Reading newspapers, writing letters, visiting a library, attending a play, or playing games such as chess or checkers, are all simple activities that can contribute to a healthier brain.”

The human brain has “white matter” composed of axons or nerve fibers and is the “electrical wiring” of the brain. The study utilized a type of MRI called DTI, or Diffusion Tensor Imaging, this measures diffusion anisotropy (rate of travel in different directions) which finds larger values in healthier brains, lower values are consistent with age related changes that begin around age 30.

The group studied had an average age of 81, 152 people already being studied as part of the Rush Memory and Aging Project, which is a large study for risk factors of Alzheimer’s Disease. All of the participants were screened and had no dementia or mild cognitive impairment, they were questioned as to their activity level in the studied areas over the lst 12 months on a scale of 1-5, during the next 12 months they were given more brain scans and kept a log of mental activity. The study showed the more time spent of mental activity the larger the values that indicate healthy brain activity. “Several areas throughout the brain, including regions quite important to cognition, showed higher microstructural integrity with more frequent cognitive activity in late life,” according to Arfanakis.

The research team is continuing to study this group of participants, in hope of gaining valuable insight into the cause, progression, and treatment of Alzheimer’s and other forms of dementia. It seems a small thing to do, considering what you are protecting.