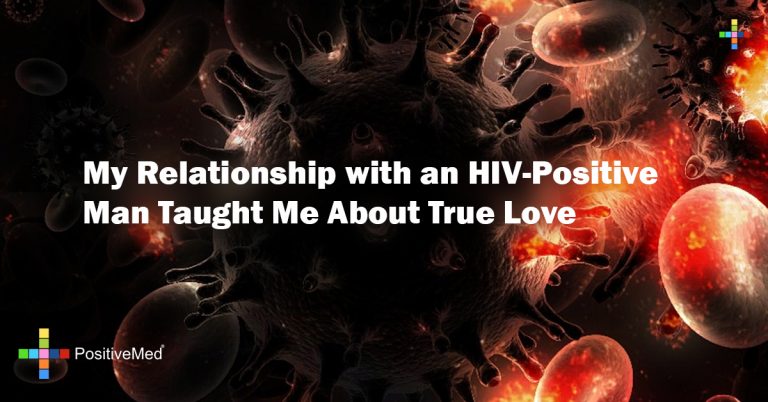 Fear and ignorance. Everyone of us been there. Never more so than in the face of AIDS. Accurate knowledge will simplify decision making and dispel fears.

About 20 years ago, I had completed an AIDS volunteer course then enrolled in a Hot Rap Safer Sex course with the AIDS Committee of London. I wouldn’t say I was a promiscuous person but back then I was no Mary Poppins either. I couldn’t believe my safer sex revolution would enhance my creativity and imagination when it came to relationships. But it did.

When my instructor described dating someone who is HIV-positive, for the first time I thought, “Well, why not?”

Even today, people still have a reaction when you tell them you’ve dated an HIV-positive person. How many of us can say with 100 per cent certainty he or she hasn’t? If you’re sexually active, just assume at some point you may have come across a victim of the virus.

In the early 90s, people were understandably hesitant to say they were HIV-positive because of the reactions they would receive. I recall one man telling me he became celibate as soon as he found out because he said, “Why would anyone want to get involved with a walking Titanic?” I asked him, “Does that mean we should have our dates fill out questionnaires: Are you currently suffering from any life-threatening disease (such as cancer or AIDS)?”

What relationship comes with a lifetime guarantee?

So back in 1990, I was a man on a mission. I answered an ad from someone HIV-positive in Toronto looking for a serious relationship.

“Okay, I’ll take the bus down to London Friday after work,” Robert said.

“I’m 6’1″ and I’ll be wearing a purple tank top [It was the 90s folks!]. Oh and I look like a cross between Al Pacino and Sylvester Stallone.”

He liked that I didn’t believe him, but come Friday, to my amazement Rocky/Michael Corleone disembarked the bus. Robert became one of only three people I’ve ever been in love with but this was no charity case, I assure you. I’ve had my own cross to bear, thank you very much.

My friends were supportive of this relationship but my mother for years worried about my contacting HIV, even though I told her I’ve only practiced safer sex.

I’m not saying it didn’t come up as a personal issue, either. Picture this: Robert and I holding hands at the movies. I’m projecting myself into the future. My mate’s in a coffin. I’m the weeping widower. Fade to black.

Unfortunately long distance dating became the issue. He wanted me to move to Toronto. I wouldn’t.

A couple years after we broke up, I wrote him that I wanted to remain friends and with much trepidation enclosed a copy of a published column I had written about him, and us. I knew that I had risked a lot going public with our experience and was prepared to never hear from him again.

Robert’s reaction? He told me he considered it a love letter to him. For a time we even rekindled our relationship.

Robert passed away a decade ago.

So many memories… He loved to sing to me (every note off key) and send me birthday cards telling me why he was the best thing that happened to me. And when the AIDS quilt came to London, Robert and I went to see it. When he wasn’t looking, I wrote in one panel,

Robert
I will love you forever,

Our relationship opened up a space in my heart that wasn’t there before. Risking that initial date with fear taught me existence without love is as a lifeless as a corpse.

Maybe that’s the real disease. Something worse than HIV or AIDS.

Donald D’Haene is an author (Father’s Touch, fatherstouch.com), Online Theatre Editor of beatmagazine.ca and was one of the male Survivors on the Oprah 200 Survivors Episode of The Oprah Winfrey Show, November 2010.