Another Chocolate’s Benefit: Some Chocolate-Eaters Have Lower BMI 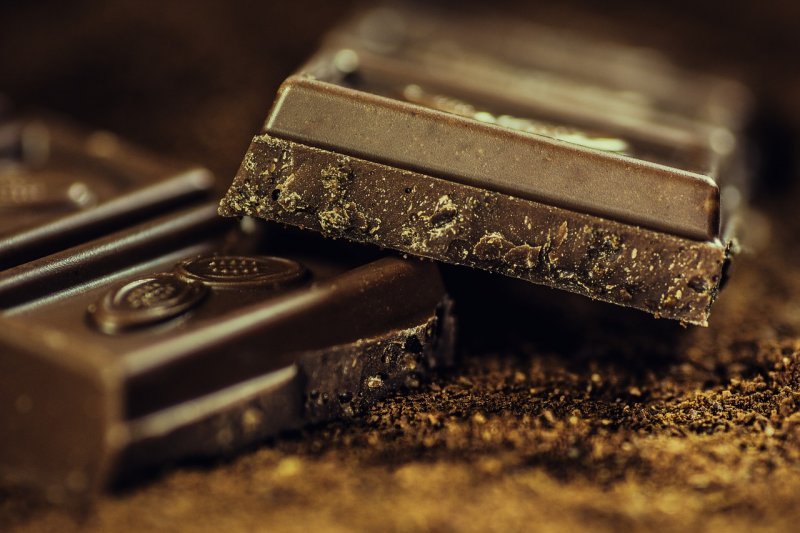 A new chocolate’s benefit: Healthy people who exercise and eat chocolate regularly tend to have a lower body mass index (BMI) than those who eat chocolate less often, a new study suggests.

But experts point out that the effect could be easily erased by the high level of calories and saturated fats associated with chocolate consumption.

The survey of a population of more than 1000 adults, published in the Archives of Internal Medicine, indicates that chocolate has heart healthy benefits, despite its high calories and sugar content.

People in the study, whose ages ranged from 20 to 85, reported eating chocolate an average of twice a week and exercising an average of 3.6 times a week.

Those who said they ate chocolate more often than the norm tended to have a lower body mass index (BMI), a calculation made by taking a person’s weight (in kilograms) and dividing it by their height squared (metres).

A normal BMI is typically 18.5 to 24.9, while people who figure lower are considered underweight. Those between 25 and 30 are overweight, while above 30 is considered obese.

“Our findings – that more frequent chocolate intake is linked to lower BMI – are intriguing,” the authors write, calling for more detailed research and perhaps a randomised clinical trial of chocolate’s metabolic benefits.

Although chocolate is associated with calories and saturated fat, Golomb and colleagues found that people who ate chocolate more frequently had lower BMI – though they in fact consumed more kilojoules, and did not exercise more.

Golomb says there is growing evidence that the effect of food intake on BMI is more than just energy content.

“It isn’t just number of kilojoules provided, but the composition of the food and the metabolic effects of its constituents,” she says.

While the research stopped short of establishing a reasonable or beneficial limit for chocolate-eating, experts urged moderation.

“Before you start eating a chocolate bar a day to keep the doctor away, remember that a chocolate bar can contain over 200 calories which mostly come from saturated fats and sugar,” says Nancy Copperman, director of Public Health Initiatives at the North Shore-Long Island Jewish Health System in New York.

“Consider limiting your chocolate fix to a one ounce (28 grams) portion of dark chocolate or adding cocoa powder which is very low in fat to your food once a day,” says Copperman, who was not involved in the study.

Other studies have even linked chocolate to a lower risk of death by heart attack.

Chocolate’s ability to improve heart health is usually considered as part of a lifestyle that includes exercise and moderation in diet, according to Suzanne Steinbaum, director of women and heart disease at Lenox Hill Hospital in New York, who was not involved in the study. “We have seen in multiple studies the benefits of chocolate, and yet again, we see as part of an overall healthy lifestyle, chocolate does not add to weight gain, but in fact, might help control it,” she says.