A Nurse Stole Patients’ Opioids and Diluted Them With Tap Water, Leading to Rare Infection 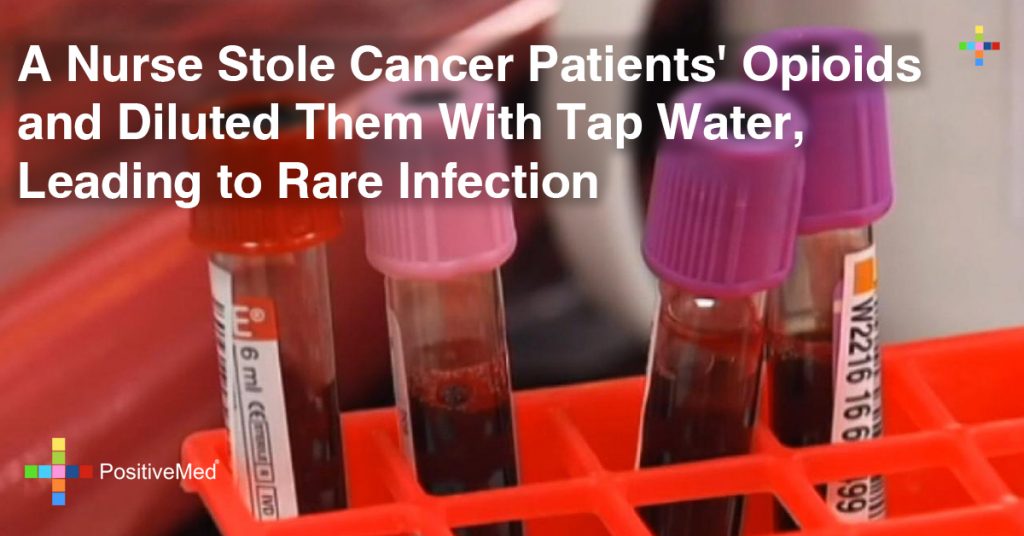 Opioid overdoses remain a huge problem across the United States, but the narcotic also plays a key role in hospitals. The drug is often prescribed to patients suffering from painful diseases and those recovering from surgeries. In one recent case, a Buffalo, NY, nurse stole opioids from patients to allegedly support her drug habit. Cancer patients have become new victims of the opioid plague.

The New England Journal of Medicine had published the case of drug diversion stemming from incidents reported at the Buffalo cancer center. A nurse stole syringes of opioids from her patients and allegedly diluted the drug with tap water. This resulted in six cancer patients becoming ill. They had developed a disease called S. paucimobilis and other waterborne bacteria that came with it.

No one died from the infections, and the patients were treated with antibiotics. Some of the patients with cancer recently passed away due to other issues.

Drug diversion involving healthcare providers means they steal controlled substances such as opioids for their own use.

The nurse, Kelsey A. Mulvey, was named by the Buffalo News. The newspaper reported that Mulvey had been tampering with the opioid syringes. The nurse allegedly stole the drug and was accused of diluting the medicine for five months at the Roswell Park Comprehensive Cancer Center.

Mulvey, 27, is believed to be a drug addict with an opioid habit. The now ex-nurse has recently given birth.

The newspaper reports that the FBI and FDA both became involved in an investigation surrounding the actions of Mulvey. The case against the woman went forward after a co-worker noticed needles fall out of Mulvey’s locker. Some employees also saw the nurse hanging out at the cancer center on her days off. She was said to be wearing her scrubs during those witness accounts.

Mulvey appeared in court and began wiping tears from her eyes. She has pleaded not guilty. The charge she faces includes illegally obtaining controlled substances by fraud and tampering.

Meantime, three who work at the Roswell Park center wrote a letter to the editor. It was sent to The New England Journal of Medicine. The two doctors and nurses wanted to warn other physicians about the incident. Opioids are everywhere and even medical professionals can become hooked.

The Roswell Park center has gone to great lengths to stop drug diversion. A report in Health.com says that the center now uses heightened surveillance with high-tech software. There are also new on-campus security features and more to protect cancer patients. The hospital doesn’t want to see a crime like this reoccurring.

Unfortunately, opioids continue to spark addiction all over the country, and the medical community is not immune. Doctors, nurses and other employees can become hooked on the powerful drug. Opioids have reached epidemic proportions and affect rural communities as well as large cities. Patients, especially, need to be protected from drug diversion. Opioids, when used properly, help patients with a wide range of diseases and conditions.