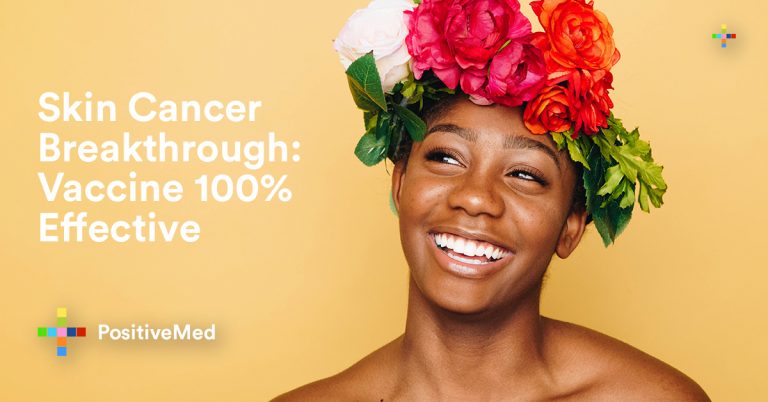 There is a new cancer vaccine that is 100% effective when treating aggressive melanomas. This is a major skin cancer breakthrough in the fight against cancer. The new development came when scientists gave an immunotherapy drug along with a chemical boost to eliminate melanoma. Melanoma is a malignant tumor which is linked to skin cancer.

Aside from helping to beat cancer, the drug can also help to prevent relapses in the future.

Researchers from the Scripps Research Institute in California and the University of Texas Southwestern Medical Center started by screening 100,000 compounds which can boost a cancer immunotherapy drug known as anti-PD-L1.

This drug is designed as a tranquilizer of cancerous cells in such a way that they are unable to leave the body’s immune system.

In the process, the scientists found a chemical known as Diprovocim. This is a compound that binds to proteins and improves the immune system.

The researchers isolated the skin cancer patient with aggressive melanomas and gave some the drug anti-PD-L1 as well as an injection with Diprovicin. Some were only given anti-PD-L1.

After 54 days, the scientists found that the group that was only given the drug had a zero percent rate of survival, while all those that received a combination survived.

According to Dale Boger from Scripps Research Institute, the combined therapy produced a complete response and a curative response in the treatment of melanoma. He adds that the same way a vaccine trains the body to fight off external pathogens, their new vaccine also trains the immune response to eliminate the tumor.

Boger noted that it was quite interesting to see the vaccine working along with a cancer immunotherapy like anti-PD-L1.

After the trial, the researchers attempted to reintroduce the melanoma and they could not succeed.

In reference to a statement from Scripps, the researchers will henceforth plan to perform further pre-clinical testing with their vaccine design. They will also try to find out how it works with other cancer therapies.

The new vaccine comes at a time when many people are dying from skin cancer in different corners of the world. The risk of developing skin cancer increases when someone spends more time in the sun. Symptoms normally include the formation of a new mole or a change in an existing mole. It can be difficult to identify the symptoms and doctors struggle to tell whether a skin blemish is really cancerous.

This study offers some hope to people living with skin cancer and those who are at an increased risk. However, more pre-clinical studies are still required before it can be introduced in humans.