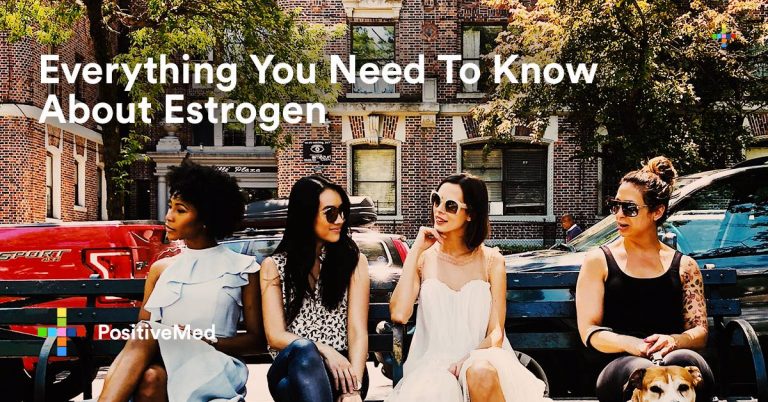 is a group of sex hormones that facilitate the development and maintenance of female features in a human body. The hormone plays a key role in the growth and development of female secondary characteristics, such as breasts, armpit, and pubic hair. It is also involved in the reproductive system and menstrual cycle. In the menstrual cycle, estrogen gives a suitable environment for the fertilization, implantation, and nutrition of an early embryo.

During puberty, the ovaries begin to release estrogen hormones according to each monthly menstrual cycle. The estrogen levels rise at once halfway through the cycle, triggering the release of an egg. After ovulation, the level then suddenly decreases.

Estrogen typically travels through the bloodstream in fluids, and interact with cells in various tissues in the body delivering instructions and messages.

It is one of the most useful hormones for women besides progesterone. The hormone progesterone helps to maintain pregnancies and implantation of an egg in the uterus.

Estrogen is very important in the reproductive function and cycle of a woman.

Estrogen affects the following areas of a female body:

•Ovaries. Estrogen helps in stimulating the growth of the egg follicle.

•Fallopian tubes. Estrogen stimulates the growth of a thick, muscular wall in the fallopian tube. It also facilitates the contractions which help in transporting the egg and sperm cells.

•Cervix. It is thought that estrogen regulates the flow and thickness of the uterine mucous secretions. This improves the movement of the sperm cell to an egg and facilitates fertilization.

•Uterus. Estrogen develops and maintains the mucous membrane that lines the uterus. It boosts the size of the endometrium besides enhancing blood flow, enzyme activity, and protein content. Estrogen further stimulates the contraction and development of the uterus muscles.

•Mammary glands. Estrogen is responsible for the growth of the breasts during puberty. It also promotes the pigmentation of the nipples and also stops the flow of milk when the infant ends breastfeeding.

The differences between the male and female bodies are made by the estrogen. For instance, estrogen:

• Increases the fat storage around the thighs and hips making women’s body to be more curved and contoured.

• Makes the bones shorter and smaller, shoulders narrower, and the pelvis broader.

• Stimulates the body hair to get finer and less pronounced as well as making the woman’s hair on the head more permanent.

• Helps in slowing down the growth of the females during puberty as it raises the sensitivity to insulin. Insulin determines the amount of body fat and the lean muscle one can develop.

• Makes the vocal cords shorter and voice box smaller making females to have a higher-pitched voice than the males.

There are certain foods which contain phytoestrogens which may affect the levels of estrogen in the body. They include:

Some researchers consider the phytoestrogen to be disruptors of the endocrine. They show dual functions sometimes such as the ability to increase and decrease the activity of estrogen.

It is has become a common misconception that phytoestrogen may negatively impact one’s health. However, there is some research that confirms that the food containing phytoestrogen listed above may lower the risk of cancer, reduce hot flashes, and improve other symptoms of the menopause.

Bio-identical estrogen, a synthetic estrogen, and the estrogens obtained from pregnant mares (Premarin) are used for various medical purposes.

Most women take low-dose birth control pills, which has about 20 to 50 micrograms of estrogen.

The estrogen in the pill sends feedback to the brain. The feedback causes a range of effects in the body such as:

• Prevents ovulation
• Stops the pituitary from producing follicle stimulating hormone.
• Supports the lining of the womb to avoid the breakthrough bleeding that sometimes leads to spotting between periods.
• Stops the secretion of luteinizing hormone.

Birth controls may be prescribed for alternative uses such as to:

The following are some of the risks that a birth control pill carries:

The aim of hormone replacement therapy is to relieve some symptoms of menopause. It achieves this by bringing the levels of female hormone back to normal. The treatment may be provided in form of estrogen-only or a combination of estrogen and progestin.

HRT can help to relieve the symptoms of menopause such as:

It is recommended that hormone replacement therapy or HRT to be used at the lowest doses and for the shortest duration to achieve the desired goal and avoid the side effects such as:

Estrogen replacement therapy (ERT) is used to raise the levels of estrogen in women who have undergone menopause and their uterus had been removed. This is because ERT is associated with uterine cancer but would not have this effect in women after the uterus is removed.

This treatment has additional benefits such as to:

A person should avoid ERT if:

The normal levels of estrogen may vary a great deal.  For example, differences can be observed between the levels of the estrogen of two women in the same day of their cycles or in the same woman on different days.

However, when the levels of estrogen raise or fall too far, the functions of the body may become irregular leading to the following side effects:

In men, high levels of estrogen may cause infertility, prostate cancer, erectile dysfunctional, and the development of larger breasts.

When taking the medications that have estrogen, it is important to keep track of the symptoms and ensuring that you maintain balanced levels of estrogen.