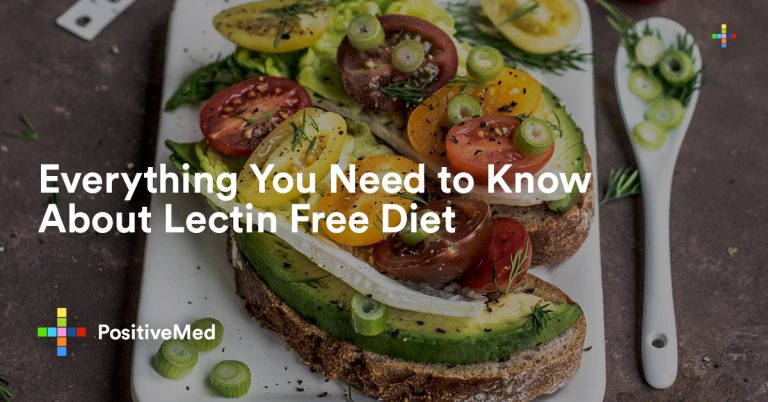 Lectins refer to plants that are associated with positive and negative benefits in the body. Examples of plant-based foods that contain lectins include whole grains, legumes, and some vegetables. This article gives more information about lectin and lectin free diet. It covers about scientific findings of this diet and why some experts recommend it.

What are the Lectins?

Lectins comprise a form of proteins that facilitate the interactions of cells in the human body. Some scientists claim that lectins offer a kind of defense in plants to keep off insects.

These proteins are also loaded with nitrogen, which plays an important role in the growth of plants. Although most parts of plants have lectins, they are commonly found in seeds, which people often consume.
Lectins can impact your health in a number of ways, including digestion and heighten vulnerability to chronic medical conditions.

Given that they inhibit the absorption of some nutrients, they are classified as anti-nutrients. In addition, studies indicate that they can make red blood cells to bunch together.
When taken uncooked, plants that contain lectins can cause stomach discomforts. That’s why it can be dangerous to consume legumes that are undercooked.

Deploying cooking methods that use some moist heat can lower the number of lectins in plants. Cooking also facilitates the breakdown of starch into simple carbohydrates which are eliminated from the body before they can trigger the negative effects.

Slower cooking methods are not recommendable in the preparation of kidney beans because the temperatures are insufficient in the elimination of lectins.

Some of the best ways to minimize lectins in plant foods include:
Fermentation
Boiling
Peeling
Sprouting
Deseeding
Pressure cooking

Although lectins are associated with negative effects, they also have some benefits. When taken in small amounts, they help in the growth of the good bacteria found in the digestive system. Studies have shown that lectins can be helpful in the identification and diagnosis of cancer. Researchers are currently trying to find the potential role of lectins in slowing down the proliferation of cancerous cells.

There are promising findings of the potential role of lectins in treating health conditions resulting from viruses, bacteria, and fungi.

Lectin-free diet was popularized by Dr. Steven Gundry, a former heart surgeon who shifted focus to food and supplement-based medicine. He describes lectins as the main danger Americans are taking in their diet.
Dr. Gundry has come up with a book with information on how to avoid lectins and turn to alternative recipes and food choices.

In reference to his book, Dr. Gundry has a plan to help people shed weight and improve their health. Also in the plan are supplements Dr. Gundy created that are sold under the GundryMD brand.

According to some scientists, lectins are harmful and can lead to inflammation. They have been linked to autoimmune conditions like diabetes, rheumatoid arthritis, and celiac disease.

According to the authors, lectins can make it easier for toxins and bacteria to go through the gut barrier. In contrast, they have indicated that whole grains contain antioxidants, which counter inflammation. This factor could mean that plant-based lectins may not be potentially harmful in the body.

The lectin-free diet happens to be a restrictive plan, which some people can find difficult to stick with. It also eliminates many nutritious foods like certain vegetables, beans, and whole grains.
Research indicates that consumption of whole grains can lower the risk of health conditions like cancer, diabetes, and heart disease.

Fruits and vegetables also come with a number of health benefits. Their regular consumption can lower the risk of conditions like lung and heart disease. They can also fight cancer and prevent weight gain.
Vegans and vegetarians may find it difficult to follow a lectin-free diet. This is because plant-based protein is derived from nuts, legumes, seeds, and whole grains.

Dietary fiber is found in whole grains, legumes, and fruits and vegetables. Since the amount of this fiber decreases in a lectin-free diet, it can lead to constipation.
Additionally, sticking to a lectin-free diet can be expensive. This is mainly because the plan advocates specialty milk, expensive supplements, and pasture-raised meats.

When trying to avoid lectins, you should limit the following foods, according to Dr. Gundry:

Squash
Tomatoes
Peppers
Legumes, such as peanuts, beans, and lentils
Nightshade vegetables, including potatoes and eggplant
Fruit, although in-season fruits are allowed in moderation
Grains: If to be consumed, the plan allows products made from white flour rather than from wheat.
A1 Milk
Corn
Meats from corn-fed animals

Although lectins are associated with some damages, there is evidence to support their benefits when consumed from plant sources.

Lectins are found in a number of plants but their quantities vary depending on types. There are different kinds of lectins and some are beneficial.

It is worth noting that most studies on lectins have been conducted on animals and test-tubes. In addition, most studies mainly focus on specific lectins rather than the foods that contain them.
Before following a lectin-free diet, comprehensive studies should be conducted. At this juncture, a lectin-free diet is just a trend instead of a plan supported by scientific research.