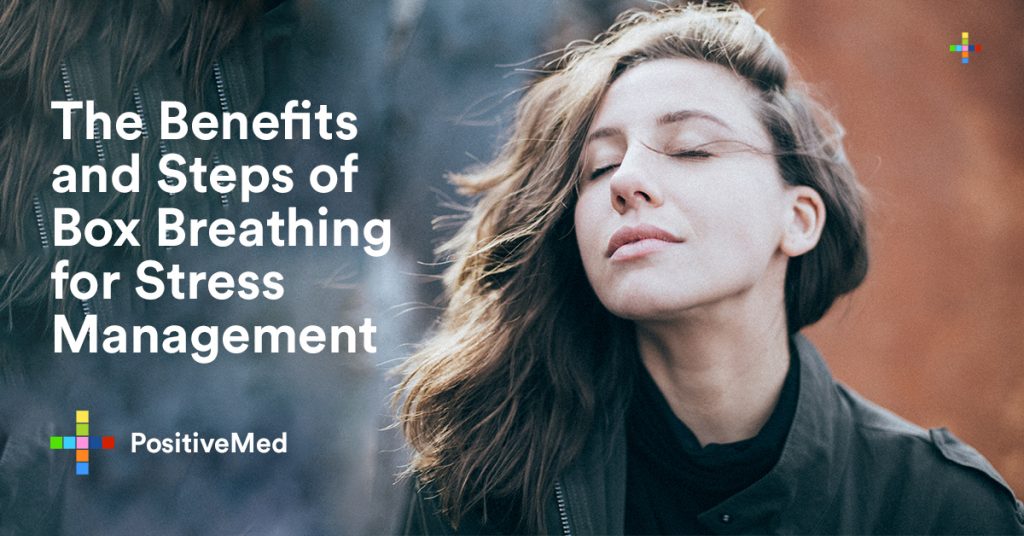 Box breathing is a relaxation technique which is powerful yet simple and brings back breathing to the normal rhythm. This breathing technique can help you to relax the body, improve focus, and clear the mind.

This technique is easy to do, quick to learn, and it is very effective for you in stressful situations. For example, police officers and soldiers use box breathing, especially when their bodies are in fight-or-flight mode.
If you are interested in improving your concentration and re-entering yourself, this technique is relevant.

Box breathing technique can be done anywhere such as at workplace or in a cafe. Before you start, sit with your back leaning on a comfortable chair and your feet on the floor.

Close the eyes. Breathe in, as you count to four gently and slowly. Feel the air as it enters the lungs.
Hold the breath inside as you count slowly to four. Do not clamp the mouth or shut the nose. In other words, do not inhale or exhale for about 4 seconds.

Start to exhale slowly for about 4 seconds.
Repeat the 3 steps above for at least three times. Ideally, repeat the steps for 4 minutes until calm returns.

The main goal of box breathing is to reset your breathing or working towards leaving the fight-or-flight mode your mind’s state is in during stressful situations. Aside from that, here are four other main benefits you can get from employing this technique.

Reduces the symptoms of physical stress in the body

Box breathing technique has been found to have significantly lowered the production of all hormones related to stress including cortisol.

In a certain study, participants exhibited reduced levels of cortisol after the exercise of deep breathing and also increased concentration.

According to various studies, use of breathing techniques is helpful in the reduction of stress, anxiety, and depression.

Many studies have shown that breathing methods can bring about focus and a positive outlook. The participants in the studies also managed to manage impulses such as the ones related to smoking and other addictive behaviors.

Researches show that box breathing technique can have the ability to change your future response to stress. Researchers have also suggested that practices of ‘relaxation response’ such as deep breathing, yoga, and meditation, can change the way body responds to stress by altering the way genes are switched on.

Genes have various roles in the body. The study showed that relaxation response exercises advanced genes activation linked with insulin and energy. The breathing practices reduce the activation genes associated with stress and inflammation.

With the only four steps of box breathing, it is possible to master the technique if you are looking to enhance relaxation and consciousness to your daily routine. The current studies on box breathing have given sufficient evidence that it is a powerful tool. It helps in regaining focus, encouraging positive emotions, managing stress, and improving the state of mind.

PrevPreviousHow to Use The Best Essential Oils for Hair Growth
NextIs a Tickle In The Chest Serious?Next