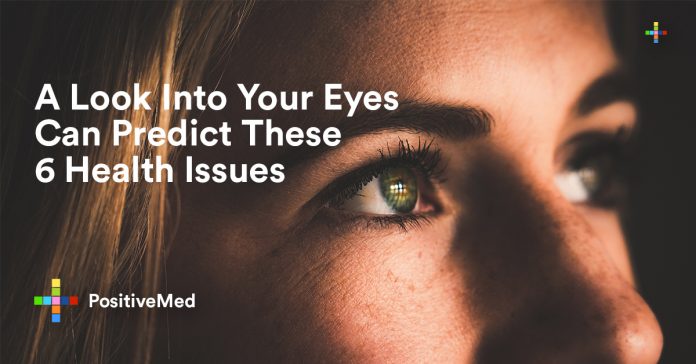 A new study shows the variations in your eyes reflect your overall wellbeing. A recently published report in the Medical Journal Neurology, changes in blood vessel dilation in your eyes after the age of sixty can forecast memory loss after only a few decades.

Varicose Veins Can Be a Warning Sign of Fatal Blood Clots

Vascular disease and issues with the circulatory system can put you at high risk of cognitive impairment as you grow older. The vascular system involves the flow of blood through vessels, arteries, veins, and capillaries in the process of delivering oxygen to your vital organs.

Jennifer A. Deal is the lead author and Assistant Researcher in the Department of Epidemiology at Johns Hopkins Bloomberg School of Public Health. She notes the current brain imaging techniques can’t help people see the small blood vessels in the brain as magnetic resonance imaging can.
Since the blood vessels in the eyes and brain are similar, Deal and her colleagues came up with a hypothesis that observing blood vessel changes in the eyes might help depict the events that take place in the brain.

The Study of the Connection Between Memory and Vascular Disease

Deal and colleagues examined memory and thinking skills of more than 1,200 men and women at an average age of 57. All the participants were subjected to the second round of tests after about six years and a third-round fourteen years after that.

Three years since the start of the study, specialized cameras were used to take photos of each participant’s retina. This is a layer of tissue at the back of the eyes is where light signals are translated into impulses, enabling someone to see.

According to Deal, the images provided a picture of what was happening in the microvasculature in the eye. It also helped to determine if the participants had retinal signs of damage to blood vessels in the retina.
About 95% of the participants who suffered moderate to severe retinopathy scored lower on memory and thinking exams than those with healthy eyes, so this indicates causation.

Deal noted that the scores were stronger in participants with diabetes, but they also discovered a strong relationship between retinal signs and cognitive decline in those who didn’t have diabetes.

Bishop also noted that she likes screening the eye and retina for any condition in the brain. She mentioned that the list of conditions can be identified through the eyes is long and still expanding.

According to Dr. Justin Bazan, a medical advisor and an optometrist from the non-profit Vision Council, studying the blood vessels in the eyes is very important for overall health research.

He notes that they have a direct correlation and link to systemic diseases. Learning more about the changes that occur with a disease can put them in a better position to predict and prevent cardiovascular problems, such as strokes and mental conditions like Alzheimer’s.

Although most people go for eye tests to check their vision or get contacts, Bazan says eye physicians can tell more about a patient’s overall health.

It is very easy to notice high cholesterol during an eye examination because the signs appear on the front of the eye, such as cornea where a contact lens rests. Bazan explained they detect a cholesterol build up their offices on a daily basis.

In some instances, cardiovascular problems triggered by a buildup of plagues can cause concern during a routine eye check-up. According to Bazan’s explanation, plague may build up in the carotid artery and smaller plagues may break off and move onto the eyes, clogging arteries. This often alters the vascular structure in the back of the eye. More tests like MRIs are recommended in this case to find out exactly what is going on.

Related Link: This Blood Type Is at Higher Risk for Cancer, Alzheimer’s and Heart Issues

Diabetics may also experience instances where their blood sugar gets out of control. This causes changes to the lens of the eye, which in turn impairs vision, according to Bazan. He notes that someone with diabetes may experience a blurry vision for some time, and then return to a state of normal vision.

According to Bazan, the eyes can tell if someone has diabetes. Fluctuations in vision are some of the early changes in people with diabetes.
Hypertension (high blood pressure) can also be easily observed in the eye. Bazan says that the damaged blood vessels trigger leaking and hemorrhages, which can be spotted during an eye examination.

Recent studies have shown it is possible to tell if someone has leukemia, thyroid disease, and breast cancer through an eye examination. Swelling, redness, and uveitis usually occur  to other autoimmune diseases and lupus. Systemic conditions that trigger inflammation in the body can also cause a similar inflammation in the eyes.

Your eyes can also show if you have a sexually transmitted disease. Conjunctivitis (pinkeye) that is not often treated through the standard eye drops that someone has an STD like Chlamydia, herpes, syphilis, and HIV.
MS (multiple sclerosis) can be detected if a patient experiences sudden sight loss. Bazan says doctors can spot a change in the color of the optic nerve in a patient with an MS. However, thorough testing is recommended to confirm if a patient has MS.

Thyroid disease manifests in a number of ways through the eyes. The thyroid regulates the production of hormones charged with teardrops secretion. Bazan notes that most patients with thyroid disease experience dry eye disease.