PositiveMed The Positive Side of Medicine
Home health Depression Is TMS a Safe and Effective Depression Treatment? 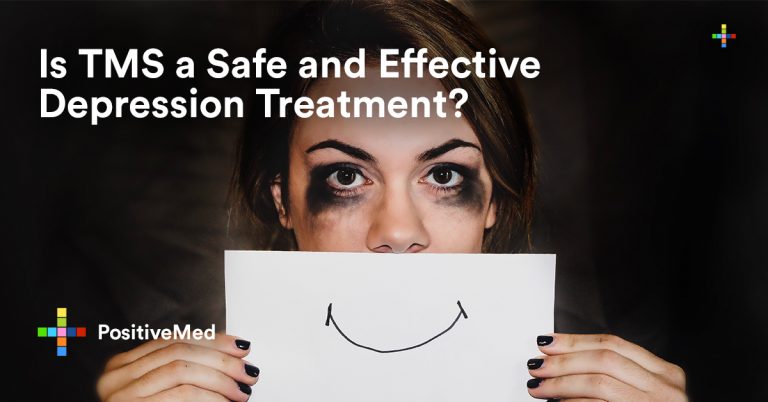 Millions of people in the United States rely on antidepressants on a daily basis. The rise in demand for prescription medication has resulted in a surge of new medication options, none of which existed until the early 1950s, when the term “opiates” first came to

light. Although depressed patients were not able to medically treat their mental illnesses way back when, this is not to say that melancholic behavior was not recognized. Factually, the Greek Hippocrates of Kos would aid patients by relaxing them with blood-letting treatments, which usually involved leech-to-skin contact, yuck!

Thankfully, things have come on a long way since this time and considering how mental disorders are a leading cause of global disability, it only seems right that people’s therapeutic goals are properly attained. Opiates, or opioids as they are better known, are a class of drugs used to relieve pain. Highly addictive painkillers like morphine, codeine and oxycodone are just three examples of synthetic opioids. Although opioids are an easily accessible antidepressant, there is a chance they may stop working effectively or that the patient becomes too dependent. In these cases, trips to the doctor will become all too frequent.

This is where brain stimulation therapy comes in. While it may not be for everyone, therapy of this kind is gaining momentum as an effective secondary depression treatment. Surprisingly, the history of TMS shows how electrical energy was considered as a treatment for depressed patients as far back as 1831. Reversible and designed to suit the needs of every individual patient, Transcranial Magnetic Stimulation (TMS) does not damage the brain, but instead, influences various interconnected pathways. The result? Improved mood regulation and better alertness.

How does depression happen and why is TMS a fitting solution?

Depression can take its toll on a person’s everyday life, from their ability to maintain a comfortable weight to their health as a whole. Negative thoughts and emotions may arise when the brain’s mood regulatory network malfunctions in some way, such as a malfunction in the dorsolateral prefrontal cortex (DLPFC). With TMS for depression, the DLPFC can be “massaged”, reducing the risk of bipolar, anxiety and major cases of depression.

The common mental illness is costing the United States some $44 billion every single year, but this figure could be reduced significantly if people with mental disorders considered an alternative approach to a happy life.

The Body’s Reaction to Opioids VS. Brain Stimulation

Opioid medication and brain stimulation are two contrasting depression treatments. Although dissimilar in the way they react with the body, the aim remains the same – to ease the symptoms of depression.

Opioid medications work by communicating with the brain’s opioid receptor proteins. Conversely, TMS for depression involves the use of a magnetic resonance imaging (MRI) machine, which sends a pulsed magnetic field to revive underactive parts of the brain.

The real danger associated with opiates as antidepressants and other types of medication is the slowing of breathing, which may result in accidental death if a patient exceeds their dosage. Slower breathing means less oxygen being sent to the brain. Brain stimulation is overall a safe procedure, but is not completely free from risk.

Since antidepressants may take a few weeks to produce any results, why not spend the same amount of time recovering from brain stimulation? That’s right – in as little as three weeks, parts of the brain that would otherwise remain inactive during depression may successfully “wake up”.

If you are not yet decided on whether TMS Therapy is for you, check out the main reasons why patients opt for brain stimulation as a secondary treatment:


• TMS Therapy Can Be Fast and Efficient – The treatment can be arranged around your needs, thanks to the brief duration of each session.

• TMS Therapy Can Be a Reversible Option – Should you feel the need to undergo surgery in the future, you can do so.

• TMS Therapy Can Be Safer than Traditional Surgery – Other types of brain treatment may involve causing damage to the brain, whereas TMS is non-invasive.

• TMS Therapy Can Provide Symptom Control – Magnetic fields can reduce the symptoms of depression when they trigger nerve cells.

What to Expect at the Consultation

You will not be able to receive TMS without first being approved by a doctor. The initial consultation will present an opportunity to ask questions, and reveal information pertaining to your medical and family history. In the event that your doctor considers you a good candidate for TMS following a discussion/examination of your symptoms, it is possible that he/she will perform the first of a series of treatment sessions on that very day. These include measuring the strength of magnet needed for effective treatment by mapping the DLPFC.