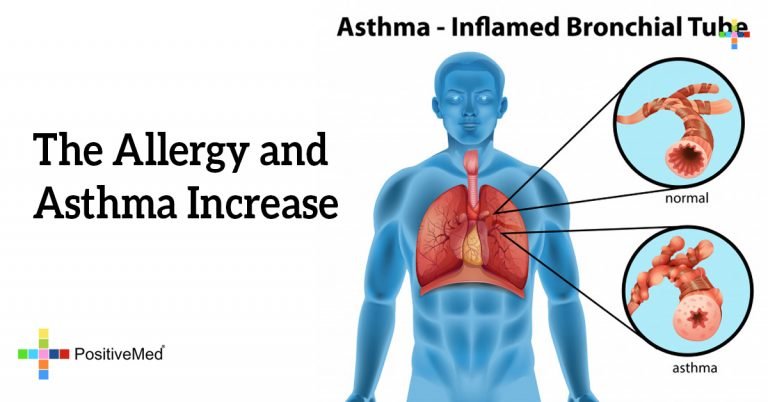 The Allergy and Asthma Increase
By Lauren Hill
Guest Writer

Around the world, the rate of allergies and asthma has increased significantly over recent years. Countries like the United States have noticed some of the most dramatic increases. According to MedicineNet.com, the rate of asthma has increased from 34 cases out of 1,000 people to 52 cases out of 1,000 people in just twelve years. I don’t know about you, but these numbers are alarming to me. Many experts have questioned what has caused the allergy and asthma increase. While there have been no definite explanations, many have come up with educated guesses on what they think the cause could be.

Allergies can be environmental, like an allergy to pollen, grass, ragweed, or other outdoor plants; or they can be food related, such as a peanut or milk allergy. I think it’s important to note here that food allergies and food intolerances are different. As mentioned above, a food allergy is caused by your immune system’s response to an item. This can cause symptoms such as hives, difficulty breathing, and swelling of the airways. If not treated immediately, food allergies can become life threatening. Food intolerance is simply the stomach’s inability to break down or digest a certain food. For example, many people have an intolerance to milk products. They will notice symptoms such as upset stomach, bloating, diarrhea, and sometimes vomiting. As you can see, food allergy and food intolerance are different.

The Asthma and Allergy Link

According to WebMD, there seems to be a rather strong link between allergies and asthma. In fact, an estimated 80% of people with asthma have some sort of allergy. The two seem to go hand in hand, as allergies cause symptoms very similar to an asthma attack. The allergy can trigger an asthma attack. The U.S. National Library of Medicine states that the most common symptoms of an asthma attack are things like unproductive cough, retracting (pulling in of the skin around the ribs and neck while breathing), shortness of breath, and wheezing. These symptoms seem to get worse when the person tries to move around a lot. When someone has asthma that is often triggered by allergies, it is important to control those allergies to the best of your ability to prevent an asthma attack.

Unfortunately, no one seems to know for sure what causes asthma. According to the Mayo Clinic, there seems to be a possible link in genetics. For example, in my family, many people have asthma on my mother’s side, while no one has it on my father’s side. No one knows for sure what that genetic factor is, which makes it hard to indicate whether or not someone has a strong likelihood of developing asthma later in life. Also, while asthma can be common in a certain family, there is no telling whether or not a certain family member will wind up having it. There are some signs that you may notice in your child that could indicate that they will have asthma later in life. While there is no guarantee that they will or won’t have it, it’s nice to know these symptoms so you can be more diligent in getting them tested when they get a bit older. Some of these things include:

The Explanation for the Increase in Allergies and Asthma

No one knows for sure the exact reason that asthma and allergies have increased so significantly over the years. However, there are several theories that many experts seem to agree on. For example, according to WebMD, many experts hypothesize that the increase of exposure to allergies could be causing the rise. Many more children are being exposed to irritants such as dust, smoke, dander, and air pollution. Another theory is that children aren’t exposed to as many germs in the beginning of their lives, which doesn’t give their immune system much of a chance to build up resistance to things it’s supposed to fight off.

I think this theory makes a lot of sense. When you think about it, many people are overly paranoid about their children being exposed to germs. They require everyone to wash their hands before touching their children, they don’t allow shoes to be worn in the house, they don’t let their child play on the floor, and they sanitize everything their baby comes into contact with. Now don’t get me wrong, I realize that it’s important for a newborn to stay healthy for the first few weeks of life while the immune system is delicate and small, however once your child gets to be a toddler, it’s good for them to be exposed to some germs. It can be difficult to find the balance between not enough germs and too many germs, so you just have to do the best you can and hope for the best.

There are several things doctors use to diagnose asthma. First, your doctor will likely take a family history, which will tell them the likelihood that your child has asthma. Then, your doctor will probably do a physical examination of the child, which will include things like listening to the lungs and looking at the ears, nose, and throat. It is also likely that your doctor will order tests for your child. These things can be helpful in determining whether or not your child has asthma. These include things like a chest x-ray and a pulmonary function test. A pulmonary function test will see how well a child can breathe in and quickly they can exhale. A low percentage can indicate that the child has asthma.

What to do if your Child has Asthma

If your child is diagnosed with asthma, don’t feel guilty. Most children with asthma were destined to get it and it isn’t your fault. Secondly, listen to your doctor, make sure your child gets their medication, and learn the warning signs of an asthma attack. Make sure you are educated so that you can take your child in for emergency treatment if needed.