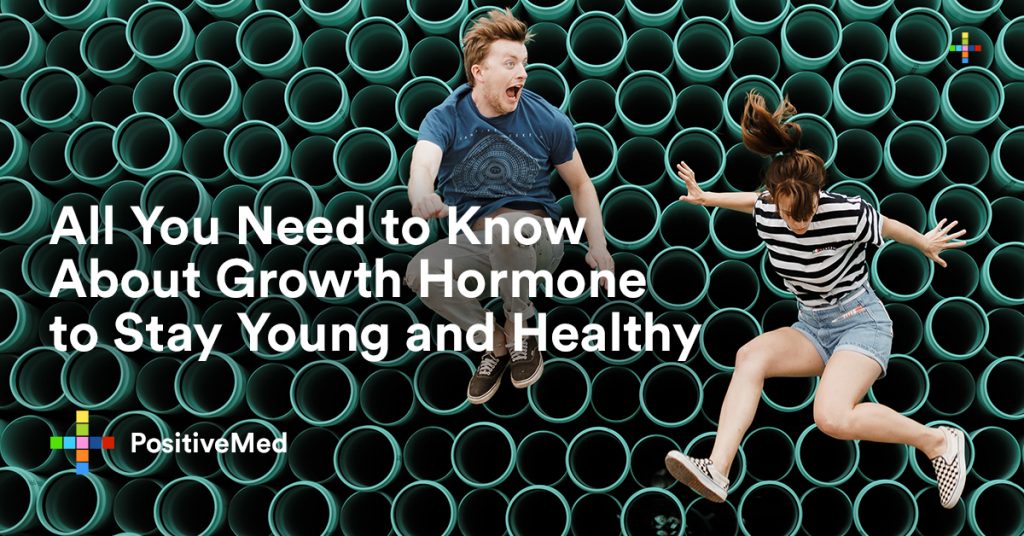 Human Growth Hormone, more commonly known as HGH, boosts the testosterone produced in the body naturally. Developed by the Pituitary gland, it is essential for the regeneration of cells, growth and healthy maintenance of organ tissues, especially of the brain.

As a person reaches the age of puberty, the rate of Growth Hormone secretion from the anterior pituitary is at its peak and then gradually starts to decline. The reason of this is still not clear, but it is thought to be because of the secretion of an anti-growth hormone, Somatostatin. It causes gradual weakening and wearing of the body and muscles, obesity, increased risk of fractures as the bones grow fragile and discontinuous sleep.

One common view states that GH deficiency causes gaining, whereas another view, which is quite the opposite, states that high levels of GH may accelerate aging. The hormone is in abundance in our bodies during puberty and starts decreasing from the age of 20.

In 1990, the report by Rudman and colleagues instigated a wave of excitement amongst the people. The report described the wonderful effects of GH treatment in a small group of elderly men between the age of 61 to 81. The people part of the experiment showed a gain in body mass and bone density, decreased fat and regeneration and restoration of the skin cells, similar to that of a 50-year-old.

The decrease in fat and gain in lean mass may be viewed as having positive effects, but the question was, whether GH treatment improved the functioning of the elderly. In the studies, this was thoroughly assessed and it was found that GH treatment did not improve cognitive function, and, despite the effects on lean body mass, it was not any more effective than exercise alone in promoting strength.

Another study on menopausal women claimed that long-term GH therapy in elderly postmenopausal women lead to a significant increase in bone mineral density, but the increases were less compared to that after estrogen replacement.

After World War 1, researchers first discovered human growth deficiency and started finding the ways of treating it. In 1958, the first human treatment of growth hormone was accomplished. A renowned endocrinologist, Maurice Raben was the first person to purify GH released by the pituitary gland of an autopsied body of a 17-year-old boy with GH deficiency. After the news of Raben’s successful treatment spread, many endocrinologists began to make arrangements with local morgues in order to obtain the pituitary glands of autopsied cadavers. This form of growth hormone became known as cadaver-GH.

Only severe cases of GH deficiency were considered suitable for this treatment. After the children reached a minimal height, the treatment had to be stopped to avoid over dose. For these reasons, only a few children with GH deficiency were treated during the first 20 years.

In 1981, an American pharmaceutical company, Genentech, in collaboration with Kabi, produced the first synthetic human growth hormone. This became known as the Recombinant Human Growth Hormone (rhGH), which was produced through a biosynthetic process called Inclusion Body technology, also known as Somatrem. After a few years, another process of producing the rhGH was introduced using Protein Secretion technology, known as Somatropin.

Related Link: A Happier Life Has A Surprising Impact On Bone Health

In 1985,  four patients who were treated with cadaver-GH in 1960 were diagnosed with Creutzfeldt-Jakob Disease (CJD). By 2003, that number had risen to 26. So, the use of cadaver-GH quickly ceased upon the discovery of the similar GH treatments that each CJD-diagnosed individual received in their childhood.

Role of HGH in the Body:

The Growth Hormone is needed for normal development of the human body. It affects various processes that occur in the body such as maintaining insulin and blood sugar levels, improve cellular functions, metabolism, and of course, bone development. It also affects the rate of metabolism of fats or lipids, protein and carbohydrates in the body. The Growth Hormone stimulates the anabolism of proteins that cause an influx of amino acids, which then promote the synthesis of protein and prevents its oxidation. So, it works in a cycle. The molecule broken is used to create the very same molecule. The hormone also stimulates the breakdown of fats to triglyceride and oxidation of adipocyte.

HGH plays an important role in the metabolism of carbohydrates and blood sugar levels, the maintenance of blood glucose in the body as well as some anti-insulin activity, encouraging glucose synthesis in the liver.

• It does not cause muscle gains but helps in weight (fat) loss.
• Instead of delaying the process of aging it accelerates it.
• HGH is NOT testosterone. Testosterone is a steroidal hormone used to improve male characteristics. On the other hand, HGH is a protein that activates a receptor for growth.
• Excessive HGH in the body can cause acromegaly –  a condition causing connective and facial bone tissue to experience accelerated growth. Areas affected by it are the brow, jawbone, hands, and feet.
• HGH users have high risks of retaining more fluids in the body, which tires them quickly and easily.
• Prices for HGH broadly vary depending on manufacturer and country of origin. Chinese HGH for sale costs 300 $ on average while Western brands – up to 1500 $.