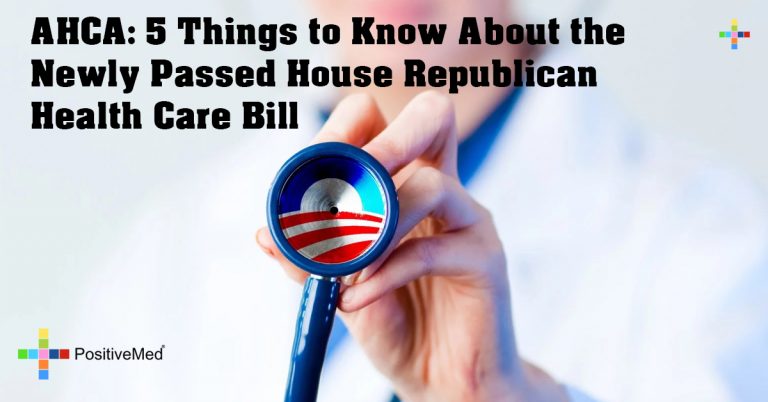 The House GOP’s American Health Care Act (AHCA) that will “repeal and replace” the Affordable Care Act (ACA), otherwise known as the Obamacare, passed the House of Representatives in a close vote on Thursday afternoon. The AHCA advancing would likely cause millions of Americans to lose health insurance coverage while delivering tax cuts to the rich.

When it failed to earn enough support, the American Health Care Act had been fine-tuned in several ways; pulling it from a House vote in March. In trying to make adjustments on the said bill, the GOP leaders sought to propitiate both cast-iron conservatives who believed that previous version was nothing but a copycat of the Affordable Care Act (ACA, popularly known as the Obamacare) and moderates who worried about millions of people or so losing coverage.

With the nonpartisan Congressional Budget Office has not scored the latest version of the Republican plan, it left the lawmakers to vote without the knowledge of how many people will benefit the said program, how much it will cost and on how it will affect the federal budget and other measures. Should the bill be legislated, an estimate of 24 million people is in danger of ending up uninsured by 2026 in light of the most recent CBO score delivered in response to the new amendments to the bill in the last few weeks.

According to the proponents, including House Speaker Paul Ryan, of the AHCA, choices will be restored to consumers and lower premiums that coiled out of control under Obamacare. However, critics disagree so as they thought that the bill’s effect on premiums would vary significantly regarding individual’s situation and that weakened consumer protections could definitely and extremely hurt everyone, including those with employer coverage.

Apparently, a decline in the premiums of younger and healthier people is likely to happen under the Obamacare-repealing bill and a rise in the premium of older and less healthy people on the other hand. Some of the Obamacare’s signature features would be gone immediately, for instance, the “individual mandate” which is the tax on people who don’t purchase health care. But other protections, including the provision to allow young people to continue to remain on their parents’ health insurance until the age of 26, would survive.

Now that it’s bound for the Senate, the bill faces new challenges and possible revisions before any vote. Should it pass the Senate, President Trump is expected to sign it into law. Here are some of the main points of the bill that you need to know.

Included in the list of 10 health provisions were maternity care and mental health care, created by Obamacare which health plans must offer. However,  pre-Obamacare policies on the individual market excluded these two sections. The refined American Health Care Act (AHCA) would allow states to supply for a waiver to define their essential health benefits beginning in 2020.

With that, several concerns arise. One is that, as what Linda Blumberg and John Holahan of the Urban Institute wrote in a recent report, the insurance carriers, if they not required to, would likely repudiate offering of costly benefits. Or if they do, they’ll offer them at such a high price that coverage will be quite unaffordable for most consumers.

Another concern is that the coverage for pre-existing conditions becomes meaningless as it turns out without the essential health benefits. Suppose you are a cancer patient and your policy doesn’t cover chemotherapy as it no longer has to offer comprehensive benefits, you aren’t legible despite the fact that you can technically purchase a policy.

Experts say that the weakening of the essential benefits could also impact people with health coverage through their jobs. Under the Obamacare, all health insurance plans, including those provided through an employer, were required on having a maximum outlay of cash that puts a cap on the amount that the patient would be paying in a given year.

This thing would then result in the vulnerability of workers to catastrophic expenses should they get a serious injury or health diagnosis.

Medicaid Would be Drastically Reformed

The AHCA would impose drastic changes to Medicaid, the federal-state health program for millions of Americans, including eligible low-income adults, children, pregnant women, elderly adults and people with disabilities. The said act would discontinue the Obamacare Medicaid expansion that extended to more than 10 million lower-income Americans.

The Republican would allow enrolling people into the expanded program until 2020, but it can’t add new Medicaid rolls enrollees after that. Keeping in mind that people often cycle in and out of the program as their income varies as years pass, so that would lead to a drop in Medicaid coverage.

The bill would also reconstruct all of Medicaid, not just a portion of Obamacare. According to the Congressional Budget Office (CBO) projections, AHCA would cut the Medicaid spending by $840 billion over ten years.

For the 74 million Americans who depend on the program, including lower-income beneficiaries, the disabled and the elderly, this would highly lead to secondary benefits.

These cuts to Medicaid would help finance the tax cuts that the bill grants to the rich. Obamacare imposed certain wages on the wealthy Americans to lighten the expenses needed for the premium subsidies that make insurance more affordable for the 85% of the people in the private marketplace who receive them. However, the AHCA rolls back the increases in tax and the cuts to Medicaid will at the very least make up some of the lost revenue.

After ensuring to protect the people with the pre-existing conditions from excessive premiums and deductibles, the House would allow insurers to charge patients greater for coverage under some occurrences.

This thing would be possible if an individual does not maintain continuous coverage. The Meditouch EHR reviews can help the authorized users to acquire the real-time, patient-centered records instantly and with proper security.

States can apply for a waiver to the ACA’s community rating provision, which prohibits charging ill people more for insurance than the healthy ones in the community (with exceptions for age and tobacco usage).

The states would receive money from the Patient and State Stability Fund to make things such as high-risk pools in getting the money. Dedicated to these pools are helping lower down the expenses for the sick people, but the latest report from the AARP found that premiums could escalate $25,000 annually for individuals in these pools, pricing a couple of individuals out.

Under Obamacare, tax credits to meet for individual coverage differ on profit, age, and geographical region, and 85% of enrollees receive aid from paying the coverage.

On the other hand, in the AHCA, subsidies don’t necessarily depend on age, with all individuals in a distinct age range receiving an equal amount of support. The credits are phased out for the greatest earners: they begin decreasing when a person earns $75,000, or $150,000 for joint filers.

The AHCA extremely reforms some money people will receive to help settle for their insurance, excluding the youngest, healthiest enrollees. The following is the age breakdown for subsidies:

In comparison to the ACA’s credits, this only benefits the young healthy people, while putting in a disadvantage the older people as well as the sick young people.

Though vaguely stated, the AHCA affirms to defund Planned Parenthood, the biggest network provider of women’s healthcare in the nation, by negating reimbursements from Medicaid and Title X (a federal program for family planning) financing for preventive and primary care. With this, about 650,000 women would lose access to preventive care.

The waivers for pre-existing conditions and significant health benefits would also significantly affect women: like maternity and newborn care and birth control coverage.

Also, sexual assault, domestic violence, pregnancy, C-section, postpartum depression, and eating disorders are all conditions that manifest more in women than in men that could be considered pre-existing conditions once again.

Finally, women also make up the majority of Medicaid recipients; covering nearly half of the total births done under Medicaid.

Stephanie is a person who works as an assistant to a medical billing company. Aside from being passionate about providing care to those who need it, she also loves sharing her knowledge about health care through writing in some blogs.