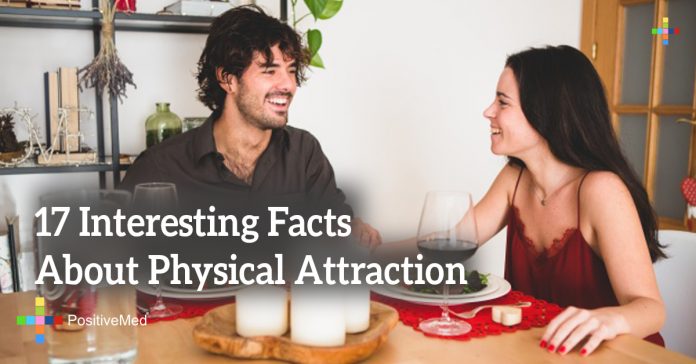 2- There seems to be an agreement on universal standards of beauty. This means that in every culture, in different tribes and countries, there are some standards that are independent of cultural standards of beauty i.e. the importance of breast size in western cultures. These standards, just to name a few, involve a specific waist-hip ratio in women, and shoulder-waist in men, baby-faced features (large eyes, small noses) and a preference for symmetric faces.

3- It seems that women’s menstrual cycles affect their preferences for certain features in men. In some studies, women who are closer to ovulation phase prefer more masculine features in men that signal testosterone, like prominent cheekbones, beards, or a large jaw; while women closer to their non-fertile period exhibit preferences for features with baby faced features, such as large eyes, absence of facial hair, or more average faces. In women who take anti-conception pills this preference shift is not evident. This preference for testosterone markers near ovulation face have been shown in women to prefer deeper voices, more confident men, and those who shows more signs of competitiveness.

4-Mating and height seem to be related to high status, protection from danger, and dominance, although men tend to be larger than women.

5-Facial femininity is important to men, highly feminine faces are shown to be more attractive than average in some studies. This includes small chins, large eyes, high cheekbones and full lips. Facial femininity seems to be a marker of reproductive value, fertility, and youthfulness.

7- Digital manipulations of facial symmetry and the averageness of a face composites of several photos into one have shown to be a sign of preference in men and women. It seems that both symmetry and averageness reflects genetic quality and resistance to pathogens.

8- In a wide variety of cultures men prefer a lower than average waist to hip ratio and larger breasts, as a sign of fecundity and fertility.

9-Storing fat in the hips and buttocks area

, is preferred by women, such as more lean and muscular types. It seems that it is related to markers of nutritional balance and hormonal proficiency.

11-The color, luster, and volume of hair all indicate age and health. The hair of younger women is judged to be of higher quality than that of older women, and it is primarily younger women who choose to wear their hair long.

12- It seems that attractive people are judged to be more extroverted, more social, more intelligent, and more assertive than less attractive people. This is called the stereotype of what is beautiful is good, and shows that people systematically attribute more positive personality traits to attractive people than to their less attractive counterparts. However, they might also be thought of as vain, superficial, or dumb. It is evident that this inference affects positively those who are attractive, especially in romantic or professional environments.

14-Does the hard-to-get effect exist? It seems that we prefer people who are moderately selective to those who are non-selective or too selective and that we are turned off by those who reject us. Psychological reactions can increase or decrease attraction.

15-Social status universally is a clue to the control of resources. Greater social status bestows children with better opportunities. Women consistently rate social status as being more desirable in a partner than men do in several experiments. For women, social status rated only slightly less important than good financial prospects

Are You Hot or Not? 17 Interesting Facts About Physical Attraction