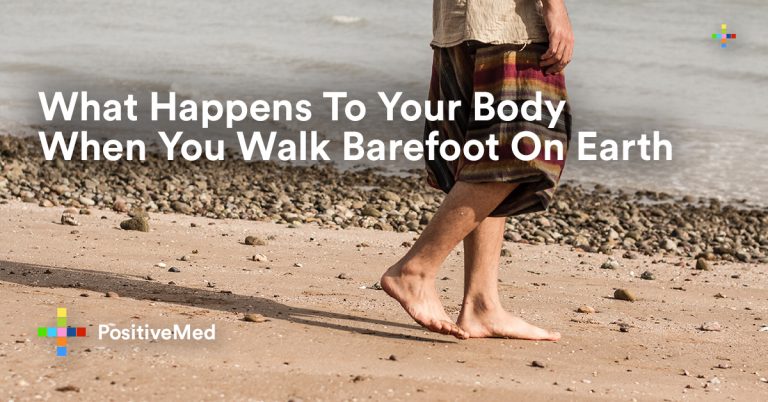 Walk barefoot On earth ‘Earthing’ or grounding as commonly known, involves placing the feet to the ground directly without a barrier of socks or shoes. The reason behind this is the strong negative charge that is carried by the Earth. The charge is rich in electrons and ideally acts as a rich supply of free-radical and antioxidants destroying electrons.

According to Dr. James Oschman, walking barefoot on the ground provides feelings of well-being and enhances health and can be supported by literature and cultural practices all over the world.

Many people are hesitant to walk barefoot, except when they are on a holiday on the beaches. Placing your feet on the earth can help you to absorb high amounts of electrons (negative) through your feet’s soles, consequently enabling you to keep your body at the same charge as the earth.

A couple of years ago, a study was published in the Journal of Environmental and Public Health about Earthing. It focused on health implications of reconnecting the body of human to surface electrons of the earth. It postulated that earthing can be a potential solution/treatment to various degenerative diseases that are chronic.

It says that a simple contact of your feet with the earth can serve as a natural and strongly effective environmental strategy against pain, ANS dysfunction, poor sleep, hyper-coagulable blood, inflammation, disturbed HRV, and many other common health disorders, such as cardiovascular diseases.

The study further shows that up-to-date research supports the idea that earthing the body of human can be an essential element in equation of health together with water and clean air, sunshine, physical activity, and nutritious food.

A different study, done by the Military Clinical Hospital in Powstancow discovered that blood urea concentrations are lesser in subjects who are earthed (by use of copper wire connected to the earth potential)  throughout physical exercise and that earthing during exercise lead to enhanced exercise recovery.

The study concluded that earthing during exercise constrains catabolism of hepatic protein or increases excretion of renal urea. During exercise, earthing affects the metabolism of proteins. This leads to a positive balance of nitrogen. In the aspect of understanding metabolic processes, this phenomenon has a great importance and may have inferences in training athletes.

A recent study published by the Developmental and Cell Biology Department at the University of California discovered that earthing the human body enhances facial blood flow regulation.

Studies also show that earthing reduces blood viscosity, which is a main influence in cardiovascular diseases.

Another study further found that earthing maybe the basic factor that regulates the nervous and endocrine system.

A review by Journal of Inflammation Research shows that grounding prevents or lowers the signs of inflammation as a result of injury, such as heat, pain, redness, loss of function, and swelling. Quick resolution of chronic inflammation that is painful had been confirmed in about 20 case studies while using medical ultraviolet imaging. The main hypothesis of the study was that connecting the body to the earth, enhances free electrons from the surface of the earth to spread into the body. In the human body they can have effects of antioxidants.

Various studies have confirmed there are physiological effects of grounding which may include anything from heart health and anti-aging benefits that improve your sleep. Grounding can be of great importance to you because it helps to reduce inflammation, relieve pain, enhance well-being and improve sleep. Grounding helps the normalization of your cortisol and diurnal rhythm which is a stress hormone. Cortisol is linked to your body stress response and helps to regulate metabolism, helps to reduce inflammation, control of blood sugar, and helps with formulation of memory.

How You Can Get Grounded

Mostly, we spend our time walking on the earth surface wearing shoes that are made of plastic or rubber soles. These materials are used to act as insulators from electrical wires and also disconnect you from electron flow that found on the earth surface, which are naturally connected to it. If you walk bare-footed or use shoes that are made of leather soled you can easily get grounded. However, if you walk on wood, plastic, rubber, tarmac or tar you will not be grounded easily.

According to Journal by Professor W.O. Schuman when he began to find out whether or not the earth has its own frequency or pulse, he made various assumptions; through a chain of calculations, he was able to find a frequency that he believed to be a pulse of the earth. The same was echoed by other scientists who also confirmed that the earth maintain a resonance close to the discovery of the professor that was later tested and verified by several scientists. Therefore, Schuman Resonance is a well-recognized scientific fact, although there are few scientists who understand the essential relationship between life and the frequency of the earth.