The Growing Trend of Botox among the Millennials 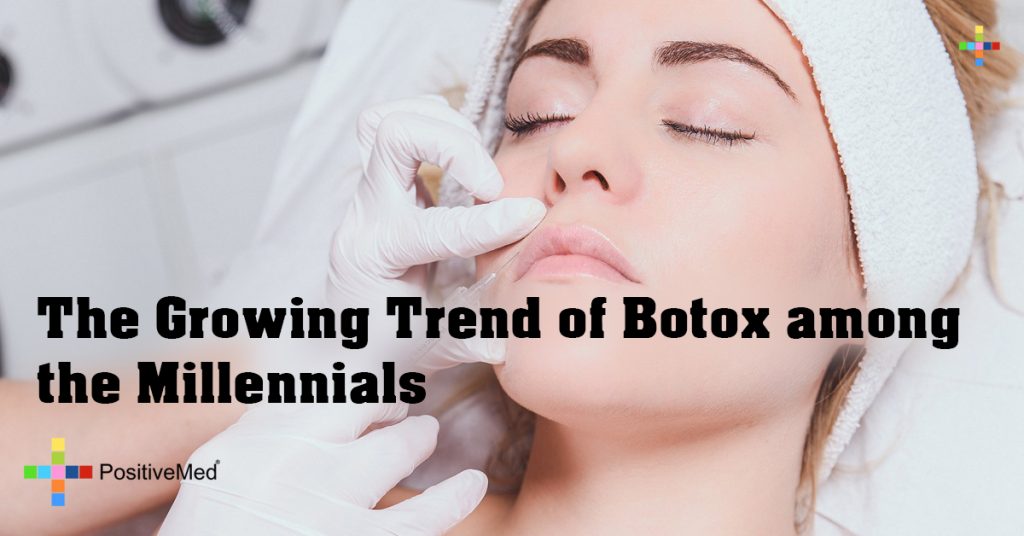 The drug botulinum toxin commonly known as Botox is used to treat several disorders such as eye disorders, uncontrolled winking, muscle spasms, movement disorders and to reduce the cosmetic appearance of wrinkles. Its use was prevalent among the old people. However, the action is increasing among the millennials. There has been a 41% growth in treatment for millennials between the years 2011 and 2015 and about 10% by 2016 with 453,281 patients being men. About 15% of the patients were between 19- 34 years as reported by the American Society for Aesthetic Plastic Surgery.

During an interview, Sofia Lyford-Pike, facial plastic and reconstructive surgeon in the Department of Otolaryngology at the University of Minnesota Medical School stated that patients do not want their natural lines. Patients always point at them created for instance from raising eyebrows. Lyford-Pike said that the increasing trend of this treatment among millennials is facilitated by the increased accessibility and acceptability by society.

The drug contains protein produced by a neurotoxin bacterium called Clostridium botulinum. It relaxes the various muscles that cause facial wrinkles. The injections are simple, rapid and with minimal measures delivering fast visible results. Results can be seen three days after injection. The muscles do not contract therefore creating a young look that can last between six to eight months varying from patient to patient. The treatment is done two to three times a year to improve efficiency.

The drug is injected in small doses. High concentrations are poisonous to humans. For the muscle to contract, nerves release acetylcholine, a neurotransmitter at the synapse where nerve endings and muscle cells meet. Acetylcholine attaches to muscle cell receptors leading to contraction. The drug blocks the release of acetylcholine-blocking impulses from the nerves controlling muscle movement. It prevents muscle contraction. Therefore, no wrinkles can be formed causing the skin to appear rejuvenated.

The treatment is carried out using a simple method. The powder is diluted in a saline usually sodium chloride and directly injected into the neuromuscular tissue. To reduce discomfort, preserved saline and cold packs are used rather than a local anesthetic cream. The patient is advised to move the muscles of the treated areas a few hours after treatment to increase the action.

The process takes about 24-72 hours to be complete which is directly proportional to the time taken for results to be visible. However, in some incidences, it takes five days for the results to show. It should not be used on pregnant mothers, myasthenia gravis patients or on individuals who are highly susceptible to allergic reactions.

The most common parts of the face that can be taken care of by the drug are the frown lines between eyebrows, laugh lines, eyebrow lift and forehead lines. Botox also treats other areas such as neck bands, nose bunny lines, reduce excessive sweating, calf contouring, and jawline contouring among others. Prices of injection usually vary depending on the area being taken care of, the strength of the muscle having men paying more than women and depending on the hospital.

However, some complications can be encountered such as mild swelling, redness, drooping eyelids, and drooping forehead can occur, malaise, nausea, dry mouth, rashes, and headache among others. Despite this treatment being an easy procedure, diet and exercise play a significant role in skincare. The millennial drug trend is not welcomed entirely in society, but there is a high chance of individuals focusing on their skin at a younger age.

PrevPreviousHow to Find a Good Doctor on the Internet
NextCould You Be Exercising Too Much?Next