What Your Pillow Talk Reveals About Your Relationship 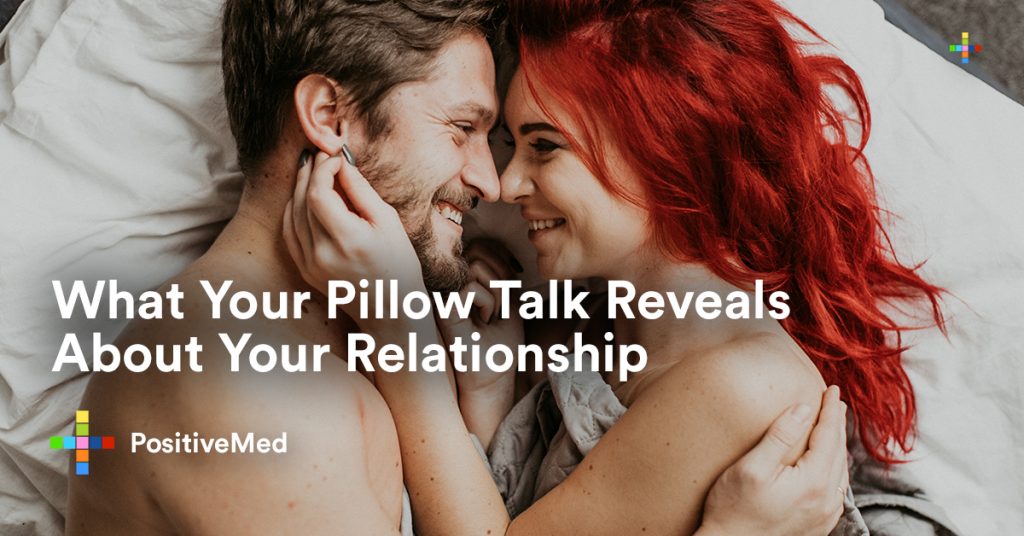 The bedroom affair is one of the most researched topics you have probably come across. Precursors of lovemaking, what actually happens during pillow talk and between the sheets, and how often couples roll in bed are some of the things people look out for. However, there is little research on what happens soon after a couple enjoys their conjugal right. This article tries to find out what actually ensues and what it reveals about your relationship.

Daniel Kruger and Susan Hughes conducted a research in 2011 with the interest of finding out what happens during the “post-coital time interval.” They discovered that while most people claim that men usually fall asleep first after a lovemaking session, there is no proof of a gender difference. Contrary to what most people believe, their evidence suggested that both women and men can be the ones demanding for more bonding after a sexual activity. They also demonstrated that whichever person falls asleep first is inclined to report wanting more post-coital affection.

Related link: This Is What Happens to Your Body When You Quit Lovemaking

Other gender differences have already been documented. For instance, according to Kruger and Hughes, men usually initiate kissing prior to lovemaking while women initiate kissing after the game is over. Women are also more likely than men to engage in bonding actions such as talking and cuddling after rolling between the sheets, the study found. Additionally, men prefer engaging in rewarding activities, such as smoking, snacking or other actions that might ignite another lovemaking session.

Affectionate post-coital behaviors appear to enhance the health of a relationship. A Muise et al research which was conducted in 2014 found out that couples who prefer engaging in a longer duration of post-coital affection, such as caressing and snuggling, enjoy greater $exual satisfaction. This translated to a higher rating of relationship contentment. The duration of post-coital affection appears most crucial for couples who have kids. This could be due to the fact that their time for intimacy is at its peak, which makes theses behaviors generally vital.

Apart from what happens, let’s see what people say and who wants to talk soon after making love. At this time of heightened emotion, vulnerability, intimacy, you can figure out how some people might yearn for an intimate chat, while others are not in the mood to converse.

Post-coital pillow talk has gained popularity as a crucial field of research. Women who attain an orgasm are inclined to self-disclose after a lovemaking session, according to a 2014 study by Denes & Afifi. They enjoy an intimate talk, disclosing deeper and more personal details to their partner. Researchers suggest that this can be attributed to the oxytocin which is released during sexual activity. This hormone is usually associated with trust and bonding. It can be suppressed when testosterone levels are higher. But can higher testosterone levels foresee less intimate post-coital pillow talk? This notion adds weight to a physiological theory of social bonds that acknowledges the important role of testosterone, oxytocin, and vasopressin in human bonding.

A 2016 study by Denes and colleagues sampled about 250 hetero$exual Caucasian female participants most of whom were single or unmarried. The researchers gathered saliva samples to compute testosterone and then requested the participants to fill a diary of their sexual activity and post-coital behaviors. The participant accounted on communication post-coital, also sharing their experiences about the benefits and risks of disclosing their personal information after lovemaking.

Their post-coitus chatter revealed that participants who prefer to talk appear to be the ones who indulged in oxytocin.  Those with higher testosterone levels, which suppress oxytocin, were less likely to experience the benefits of engaging in conversations after sexual activities. In fact, they deemed it as riskier, and they were inclined to engage in less positive disclosures, with a little will, soon after enjoying their conjugal rights with their partner. Whereas testosterone is usually linked with risk-taking adventures in other contexts, the kind of intimacy and vulnerability facilitated by post-sex communication takes a different angle. In addition, people with higher testosterone don’t find it necessary to converse after rolling between the sheets.

This is a clear indication that reveals the connection between our post-coitus behaviors and hormonal influence. In some people, hormones can motivate the need for a bonding activity. It can be exactly the opposite in others. According to Denes and colleague, an orgasm can play an important role in determining our behaviors after the great moment in bed. People with high testosterone levels hardly orgasm during sexual activity and are less likely to engage in post-coitus conversation.

It is apparent that there is a lot to learn about the events that take place after a great moment in bed with your partner. They are the heightened moments that reveal the qualities of a couple, including hormonal roles as well as couple factors like relationship and satisfaction in bedroom affairs. These heightened emotional moments can be helpful in other areas. It gives us a clearer understanding of how we can use the post-coitus time interval to make our relationship stronger and resolve our opposing ideas.