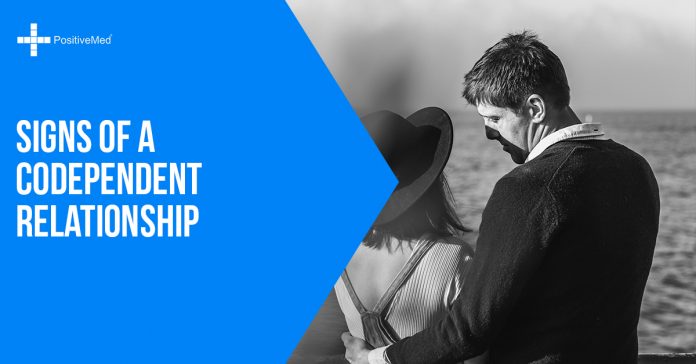 Qualities such as self-sacrifice and standing up for someone can seem positive, but if you take a closer look, they might be unhealthy, depending on the circumstances. Codependent relationships may look like they are loving and caring, but they are one-sided and only deal with one of the partners caring for the other. Healthy relationships should be a two-way street and involve both people being fully invested in making the relationship stronger. Codependent relationships tend to demand everything from one person with nothing in return, and this is negative for both people involved.

What is a Codependent Relationship?

Sacrifice and care that may look commendable to a casual observer may be something very different to those who know the whole story. Awareness of codependency arose with twelve step programs for substance abuse. It was discovered that partners of people in treatment for substance abuse may actually be unwittingly interfering with their ability to get sober. Without realizing it, codependents are habituated to their loved one’s dysfunctional behavior and may have difficulty relating to them sober. Although they may feel happy that their spouse has gotten help, on a deeper level, they may not know how to relate to their loved ones if they change their behavior.

This happens because the codependent person, as the name suggests, is dependent on their partner’s behavior. Although their loved one’s problem may cause them anguish and can cause them to compromise their dignity and self-respect, they become so accustomed to relating to the other person in a certain way that sobriety can actually send the relationship into a tailspin. When asking the question  “What is codependency” a short answer may be that a codependent is someone who relies on another person’s dysfunctional behavior.

It may be hard to detect signs of codependency because the person who is codependent may seem less obviously problematic than the partner who is addicted to drugs or alcohol. The codependent may be commended for their courage and self-sacrifice and the lengths they are willing to go to in caring for someone who has a problem. However, if this caretaking doesn’t result in the partner getting treatment for substance abuse and mental illness, it is simply enabling the destructive behavior.

Codependents may be highly motivated to help others, but they have a low self-image and neglect themselves. Their care for another person is often not sustainable, and they are willing to do things that jeopardize their own health and finances in order to protect or rescue the other person who should be taking responsibility for their own behavior. They may call in sick for a loved one who has a hangover or makes up an alibi to cover over the fact their loved one has been drinking. In addition, codependents are obsessed with pleasing others and making sure others have a favorable opinion of them.

The main weapon of an addict or a co-dependent is denial. This weapon hurts themselves and the person they are in a relationship with. Someone who is codependent should insist their loved one get help and seek treatment themselves to live a healthy life.