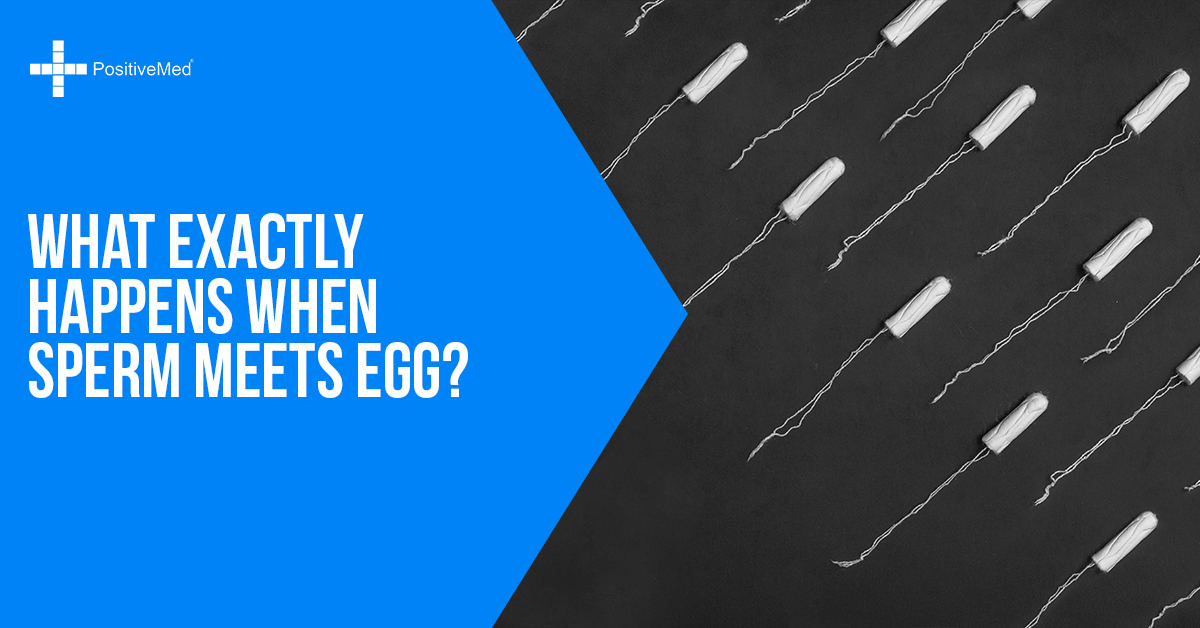 The moment when sperm meets egg is known as conception. Sperm can take anywhere between 45 minutes to 12 hours to reach the fallopian tubes (the area where conception occurs). However, sperm can survive for more than six days in your body. Therefore, conception can occur at any time in the week after $exual intercourse. There are a few basic lessons you need to understand before you grasp what occurs when sperm meets egg.

How An Egg is Hatched

Every girl child is born with over a million eggs in their ovaries. These eggs begin to die as you grow older. Every 28 days, a mature egg is released from your ovaries. The ripe egg is released to the fallopian tubes where it remains for 24 hours. The egg needs to be fertilized by sperm for conception to take place. If your egg meets a healthy sperm, a baby is conceived. However, if it does not, it moves to the uterus where it disintegrates.

RELATED ARTICLE:  How Does One Become Pregnant Through In Vitro Fertilization?

If you fail to conceive, the ovary ceases to synthesize progesterone and estrogen. These hormones are crucial for a healthy pregnancy. When these hormone levels drop, the thick lining of your uterus disintegrates together with the unfertilized egg.

How a Sperm is Made

While women mature one egg every month, men are constantly working to produce millions of sperms. The purpose of the sperm is to penetrate an egg. A sperm cell is created in 2-3 months. The average sperm can only live for a few weeks. At least 40 million sperms are released in one ejaculation.

Testosterone is a hormone that controls the production of sperm. When sperm is formed, it is stored in each testicle. Before ejaculation, sperm mixes with semen. Although there are millions of sperms released in a single ejaculation, only one can fertilize an egg. The gender of your child is dependent on the sperm that penetrates your egg first. Sperm with an X chromosome will conceive a girl. Sperm with a Y chromosome will conceive a boy.

RELATED ARTICLE: How Do Men’s Testicles Know to Make Sperm?

When one sperm penetrates the egg, fertilization occurs. The egg changes such that no other sperm can penetrate it. The fertilized egg remains in the fallopian tube for 3-4 days. Within 24 hours of fertilization, the egg starts dividing into numerous cells. It continues dividing while moving towards the uterus. When the egg attaches to the lining of your uterus, this process is called implantation. In some cases, a fertilized egg is not implanted and is flushed away during your next period.

Some women experience slight bleeding for 1-2 days during implantation. The lining of the uterus begins to thicken and a layer of mucus seals the cervix. The cervix remains this way until you are due to give birth. After 3 weeks, the cells start to grow as clumps and the first nerve cells of the baby are formed.

A hormone referred to as hCG resides in your blood at the time of implantation. It takes 3-4 weeks from your last period, for the hCG levels to become noticeable in a pregnancy test.

Scientific studies have shown that when a sperm meets an egg, zinc sparks are released. During fertilization, zinc is released and calcium levels increase. This process creates a flash of light. Scientists have used this information to determine the quality of an egg in experiments involving animals. This is done by injecting an egg with a sperm enzyme. If fertilization occurs, there is an increase of calcium and release of zinc. The size of the zinc sparks determines the quality and ability of an egg to grow into a healthy embryo.

When a sperm meets an egg, fertilization occurs and a child is born. The occurrence of fertilization is dependent on whether a sperm reaches an egg in time. The type of sperm that fertilizes an egg determines the gender of the child. Scientific research has shown that zinc sparks are seen when fertilization is taking place. This information can be helpful when choosing viable eggs for artificial fertilization.