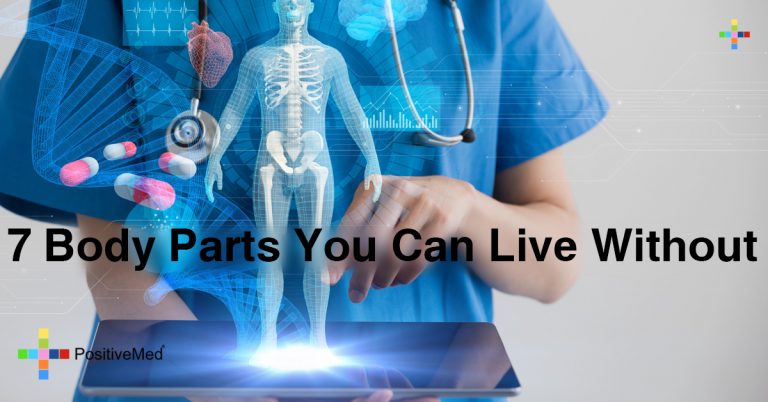 7 Body Parts You Can Live Without

Though nearly every organ in the body has a function, it is possible to live without some of them. Here are seven body parts that a person can live without:

1. Lung
Even if one lung is removed in a procedure called a pneumonectomy, the other lung still gives the person 70 to 80 percent lung function. The one drawback is that the missing lung causes that part of the chest to collapse and the cavity to fill up with a fluid that soon hardens into a gel.

2. Kidney
Like the lung, the kidneys come in pairs. They are two glands found just above the small of the back, on either side of the spine. They filter out uric acid and other wastes and discharge it in urine. They also regulate the balance of salt and water in the body to make sure the bodily fluids are just a little alkaline. Despite this crucial function, it is possible to live a long and healthy life with only one kidney. Indeed, a person can live for a time without even one kidney as long as they go on dialysis, which is a machine that takes the place of the kidney by filtering the blood.

3. Stomach
The stomach is really just a vat to hold and process food. A stomach with a malignancy can be removed, and the esophagus attached directly to the person’s small intestine. In some types of weight loss surgery, the stomach is either removed or bypassed deliberately, and the other gastrointestinal organs are arranged to make sure the patient can only eat a small amount of food. Patients take nutritional supplements with these small meals to make sure they get the proper amount of nutrients daily.

A person who has had their stomach removed needs to avoid dumping syndrome. The symptoms of this condition, which include fainting, sweating, low blood pressure and irregular heartbeat, are caused when food and fluids enter the small intestine too rapidly.

RELATED ARTICLE: 15 Useless Body Parts People Have For Some Reason

4. Spleen
The spleen is an organ that is actually part of the immune system. It lies just below the diaphragm and to the left and a little behind the stomach. In adults, it’s about the size of the fist. It’s a deep, purplish-red color and is soft and spongy.

The spleen helps filter foreign material from the blood and is a reservoir for damaged red blood cells. When the body needs extra blood, the spleen secretes some of the blood cells it has stored. Some doctors believe that the spleen’s function is to help other organs do their job because it can be removed with no ill effects at all. The spleen is removed because it is diseased or starts to destroy healthy blood cells and platelets and cause anemia or internal bleeding.

5. Thymus Gland
The pinkish-gray thymus gland does not even need to be surgically removed but removes itself. The thymus gland is also a lymph organ that’s found between the lungs and behind the breastbone. It is only active until puberty, and then it starts to disintegrate into a body of fat. It makes T-cells during gestation and childhood.

6. Thyroid
The thyroid gland is an endocrine gland found in the neck. It has two lobes on either side of the person’s trachea. The gland takes iodine from the blood and uses it to make hormones such as thyroxine. Thyroxine is released directly into the bloodstream enters the cells and turns into other thyroid hormones. These hormones help the cells change oxygen and nutrients into energy and heat. A person can live without their thyroid, but they’ll need to take thyroid hormone for the rest of their lives.

7. Reproductive Organs
Sometimes the reproductive organs need to be removed because of injury or disease. A person can live perfectly well without them, though in some cases they will need to take the hormones that the organs produced.

It is fortunate for humans that nature made some of our organs in duplicate! Just as lucky, there are even some single organs humans can do without, though they may need some supplementation or other help to stay healthy.