A pinguecula is a non-cancerous bump on the eye. It is yellowish in color, slightly raised, and located on the white part of the eye, near the edge of the cornea. This is the part of the eye that is between the eyelids and gets some sun exposure. This can occur at any age, however, it 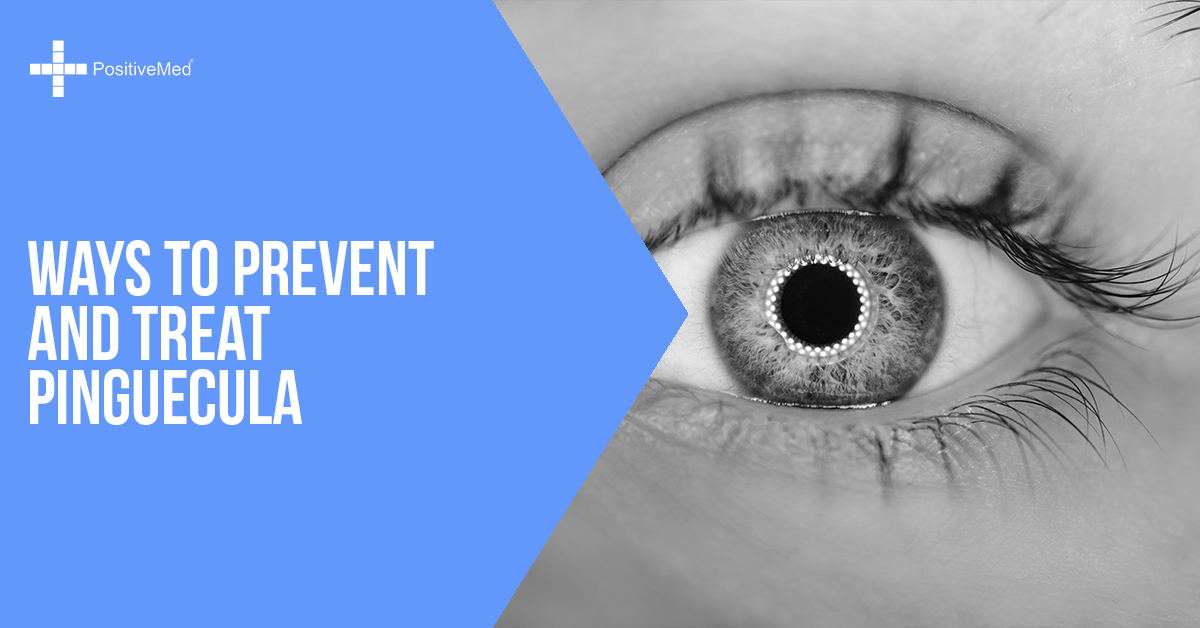 Pinguecula can cause a person to have ocular irritation, trouble with their vision, and a negative cosmetic effect, which is typically the main concern among patients. Additionally, there is no medical treatment available for pingueculae so they often generate frustration. According to the American Academy of Ophthalmology, surgical removal is often ineffective.

The sun’s UV rays are primarily to blame for the development of pingueculae. However, frequent contact with aggravating variables such as dust and the wind may also be risk factors. It is also common in people who often suffer from dry eyes.

A study in the Scientific Journal of The Royal College of Ophthalmologists reports that alcohol is also a cause of pinguecula. The study also reveals that it is more common in men than it is in women.

This eye disorder is also common in children who do not wear protective eyewear while spending several hours in the sun.

RELATED ARTICLE: What Causes Pain Behind the Eyes and How to Treat It Naturally

Most of the time, pinguecula are asymptomatic. However, when they do have symptoms, they typically are caused by a disturbance of the tear film. Due to the fact that pinguecula creates a convex bump on the eyeball, the tear film may then be unable to spread evenly around the surface of the eye, which may cause parts of the eye to dry out. This may result in a burning sensation, itching, stinging, and blurred vision. Pingueculae may also cause the eyes to become red, as extra blood vessels may become visible in the conjunctiva, which covers the white part of the eye.

Pingueculae can sometimes become inflamed and lead to swelling. This typically happens when pingueculae are exposed to aggravating risk factors such as the sun, the wind, and dust.

Difference between pinguecula and pterygium

Pinguecula and pterygium are similar eye disorders, but there are some key differences that are noted. Pinguicula does not often grow over the cornea as pterygium does. Pterygium has a flesh-colored appearance, compared to the yellowish tint of pinguecula, and is usually oval or round. Once pinguecula grows over the cornea, it is considered to be pterygium.

Both, however, are non-cancerous growths on the eye caused by the exposure to dust, the wind, and sunlight.

Most pinguecula cases will heal on their own without treatment unless it is causing discomfort or defective vision. If it becomes painful, a doctor may prescribe eye drops.

A doctor can also surgically remove pinguecula, however, despite proper surgical removal, it may return. The recurrence rate of pinguecula is between 30 and 40 percent. It is more likely to return to younger people than in the elderly.

How to prevent pinguecula

It is always important to wear protective eyewear when outside. This will protect the eyes not only from the sun but also from wind and dust as well. Make sure your eye protection is able to block out both UVA and UVB rays. It is also important to keep eyes moisturized, so if there is a tendency to have dry eyes, apply an artificial tear lubricant as needed.

Although this is not a life-threatening disorder, the pinguecula can be aggravating and frustrating. It is preventable, so it is best to catch it before it starts to avoid the frustrations of having to wait for it to go away.