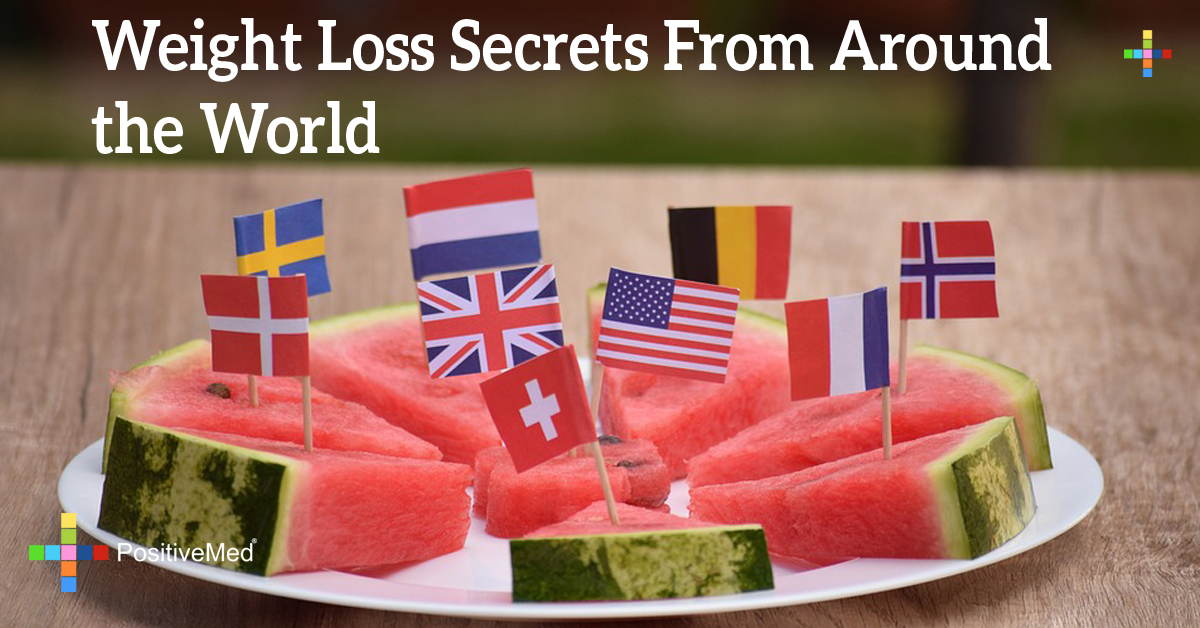 Weight Loss Secrets From Around the World:

The world is much smaller than it used to be, technology has brought us closer together and made it easier to share our knowledge and personal experience through social media and online blogs. There are many websites that share secrets on how to effectively lose weight. Here we’ve collected 9 weight loss secrets from around the world:

The Polish have the habit of eating at home more than eating out. They understand that food served in restaurants is more unhealthy than food cooked at home. Statistics show that Polish people spend 5% of their monthly food budget on eating out, this figure is 37% in the United States.

Germans give the most important meal of the day the importance it deserves, a whopping 75% of the German population eats breakfast every day, in the US only 44% do. Their breakfast consists of healthy fruits, cereal, and whole grain breads. A study conducted in the UK suggested that if you do not eat breakfast you’re more likely to be tempted by unhealthy food choices.

There are more bicycles, 18 million, in the Netherlands than the number of people, which is 16 million. Unlike many Americans, the Dutch use bicycles for performing daily tasks like going to work and shopping. The average Dutch person travels 541 miles per year on a bicycle. Cycling is good weight-reducing exercise, it can burn 550 calories per hour. If you use a real bicycle in your daily life you won’t have to go to a gym and use a stationary one, but if cycling isn’t an option where you live ride the stationary while watching a travel video, make it fun.

Russian people have the healthy habit of growing their own vegetables in gardens they maintain at home, this makes their diet more nutritious as it adds variety from healthy fresh foods. More than half of Russians have gardens and use them for small-scale farming to support their food needs.

Indians use a lot of spice in their food, highly dominated by turmeric. Turmeric is a spice with immense fat-burning capabilities. A study conducted at Tufts University suggested that curcumin, a compound of turmeric, inhibits growth of new blood vessels which controls the spread of fatty tissue. [Spices that help You Lose Weight]

Norwegians often spend their downtime outdoors, hiking in the summer or skiing in the winter. This keeps them physically active and helps reduce accumulation of fatty tissue. Too many American households spend their downtime in front of the TV with bowls of snacks watching someone else live life. Try a family walk or bicycle ride to start.

In Japan people rarely miss their 15-20 minute power naps. Studies at the University of Cornell show that sleep deprivation is directly proportional to weight gain. Lack of sleep increases levels of the hunger hormone ghrelin, and reduces levels of leptin, responsible for making you feel full. Lack of sleep makes people think they are hungry when they are actually sleepy.

Rooibos tea is enjoyed throughout South Africa and is so popular its served at Starbucks. This tea is naturally sweet so does not require added sugar. Replacing your daily frappuccino with rooibos tea can help you avoid thousands of calories every week.  Studies show countries with a habit of drinking tea have lower obesity rates.

Brazilians have a traditional daily dish of rice and beans. Studies at the Journal of Obesity Research show that dishes made with rice and beans lower the risk of becoming overweight by more than 14%.

Weight Loss Secrets From Around the World

More Reading: De-Stressing Secrets from Around the World