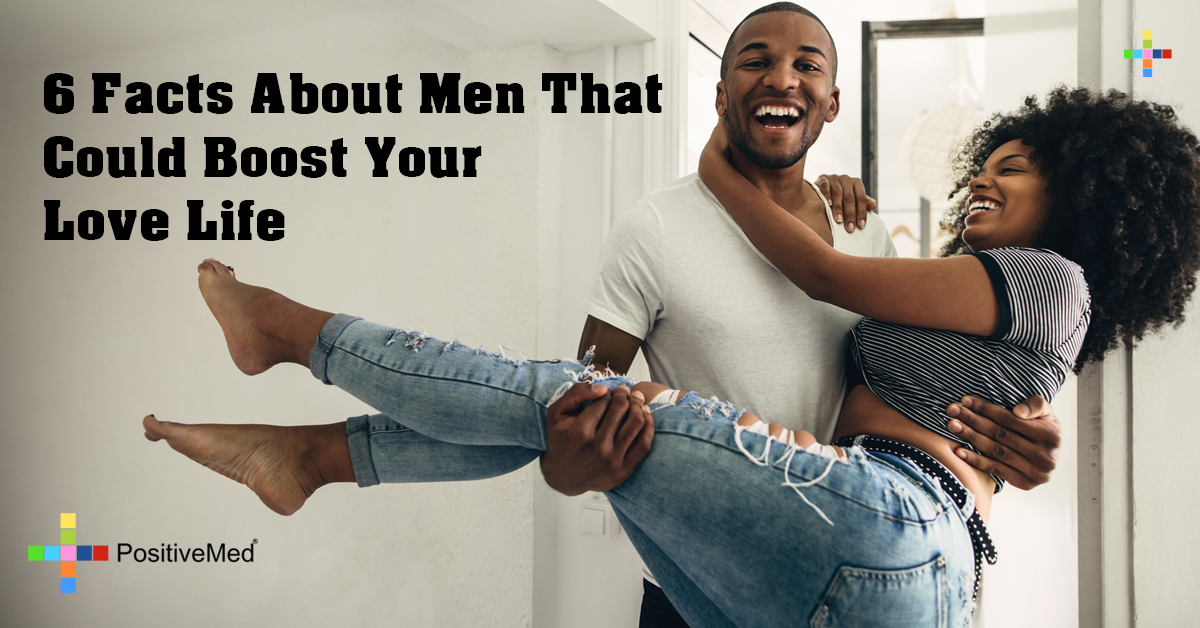 Women have long assumed that men are very simple in this regard. It doesn’t help that most men just don’t want to talk about it – at least not in a serious way. Men tend to be very outspoken about their amazing feats in the world of love, but not so much about their challenges.

Scientists have found the male creature is far more complex than has been acknowledged in the past. The love life of the typical man isn’t typical at all. It can help a woman if she understands the special aspects of the male creature. This can improve relations for both the man and the woman.

Some unexpected facts about the love life of the male of the species:

1. Unlike women, men can take over 30 minutes to recover after the completion of a single act of love. This is called the “refractory period.” During this time, it will be difficult or impossible for most men to perform again. Ladies, please be understanding and give your men a rest!

2. The average size of the male member is a little over five and a half inches. This is the average size. It’s true there are much larger than five inches or so, but there are also much smaller. The manhood of five or six inches is no reason for shame or disappointment: It should be celebrated as normal.

RELATED ARTICLE: The ONE Mental Shift You Need For Love Extravaganza

3. Men are most desirous of loving comfort early in the morning. Women find themselves most receptive later in the day. The female peak of responsiveness is near eight PM. True, nature is cruel for locating the teaks at opposite ends of the day. If your man is frisky early in the day, don’t blame him. He’s not trying to annoy you.

4. One way to improve a man’s loving function: weight loss. Maintaining a healthy weight does more than improve the function of bloodflow throughout the male body: It also exposes more of his manhood. It makes him a more efficient lover. If you want improved relations with your spouse, consider feeding him a healthier diet. Encourage him to walk or run more. It’s helpful in ways that go far beyond his love life.

5. If your man finishes before you, it shouldn’t be seen as a great disappointment. Men often take no more than two minutes to reach their peak. Women often take far longer. There are many ways to prolong his performance that you can practice together. It’s not the end of the world – or your relationship – if he ends before you do. Practice on starting slowly, and encourage him to relax. It’s OK to stop for a while. Prolonging love is a skill that comes with time and experience.

READ ALSO:  Why He Wants You in the Morning and You’re Hotter at Night? Here’s the Answer…

6. The mineral zinc is associated with improved male function. Scientists have found even a mild increase in zinc yields benefits. Foods rich in zinc include spinach, pumpkin seeds, cashews, and – of course – oysters. Keeping a tray of cashews near the bed might improve your man’s performance. Even if it doesn’t, cashews still make a tasty snack. The direct path is to take a mineral supplement. These are available at pharmacies and health food stores everywhere, and aren’t expensive.

These are only six facts about men of many more. It’s worth studying more about the male body in relation to love. There are fascinating discoveries happening all the time.

A healthy love life is more than a great joy: It’s an indication of general health. It’s acknowledged that men who maintain their loving performance throughout their lives have better moods. They show stronger mental performance. Ultimately, they show longer lifespans. Concentrating on improving the love life isn’t just a nice way to experience thrills. And knowing facts about men is an important part of maintaining a healthy life.