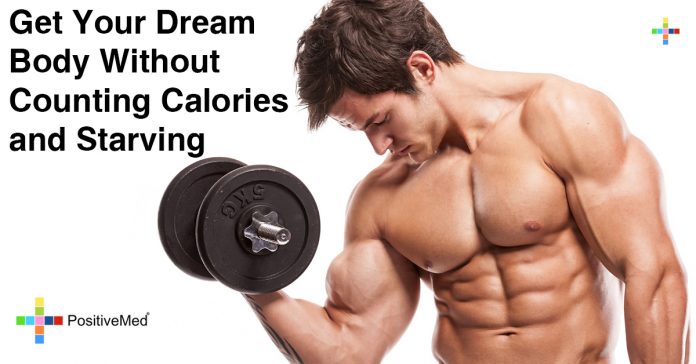 Madalin Giorgetta, an Australian fitness blogger, repeatedly told herself that she needed to work on attaining a healthier and better shape. Although Madalin was thin, she was still unable to achieve the type of body she desired. As such, Madalyn adhered to a strict 800 calorie diet on a daily basis, which might seem minuscule to a lot of people. However, she claims that the 800 calorie diet kept her full, especially since she had successfully trained her body for survival on that amount.

Madalin engaged the services of a personal trainer with the aim of learning more about fitness, and his recommendations blew her mind. The professional trainer advised her to start by dramatically increasing the levels of her carbohydrate intake. The increase meant she had to eat more foods similar to sweet potatoes and banana pancakes and reduce salads.

Since Madalin had been consuming about 10% carbs, her trainer’s recommendation of at least 50% carbs came as a shock. She could not fathom how ingesting at least 50 percent carbohydrates would not make her fat. As such, the calories she would have to ingest freaked her out.

Madalin kept an excel spreadsheet, consultation of which revealed some interesting information. In the very first week of macros, her average calorie intake for the week was slightly over 1000. She even remembers how hard she actually struggled to consume her meals entirely. She could not even eat her lunch in a single sitting! As a result, she would just put it next to her desk, consuming it over the course of about three hours.

RELATED ARTICLE: FIND OUT WHAT SCIENTISTS SAY AGAINST ONE OF THE MOST POPULAR diets (IT’S HEALTH HAZARDOUS)!

However, she was averaging approximately 1600 calories every day by the second week. According to Madalin, her stomach can now take way more without complaining.

She could now eat more than twice the total amount she had been able to before. To her surprise, she was also achieving the results she had previously spent years trying to attain. However, it was not easy, especially since reverting to her old ways remained a constant temptation.

According to Madalin, a part of her might keep relating not eating with weight loss. She even forgets to eat lunch sometimes, albeit only because she gets busy. She might, however, revert to her old thinking for a second, particularly when she misses a meal. She says that shaking the thought that she has done really well by not eating much is not easy.

The possibilities of reverting and constant reminders are why Madalyn loves tracking her macros. For instance, tracking her macros might tell her to get three potatoes whenever she needs to eat more. Madalin encourages whoever is interested in losing weight not to do what she did for so long. According to her, underfeeding to lose weight is not ideal and rarely gives the desired results. Apart from being possible, eating more and getting fit actually works.

Conclusion
Today, Madalin’s body looks more athletic and healthy, especially in comparison to when she ate less food and fewer carbs. It is, therefore, unwise to waste a lot of time on salad when you could be taking sweet potatoes and banana pancakes. It is, however, notable that all of this is not possible without some time in the gym.

Now you know that you can get your dream body without counting calories and starving!