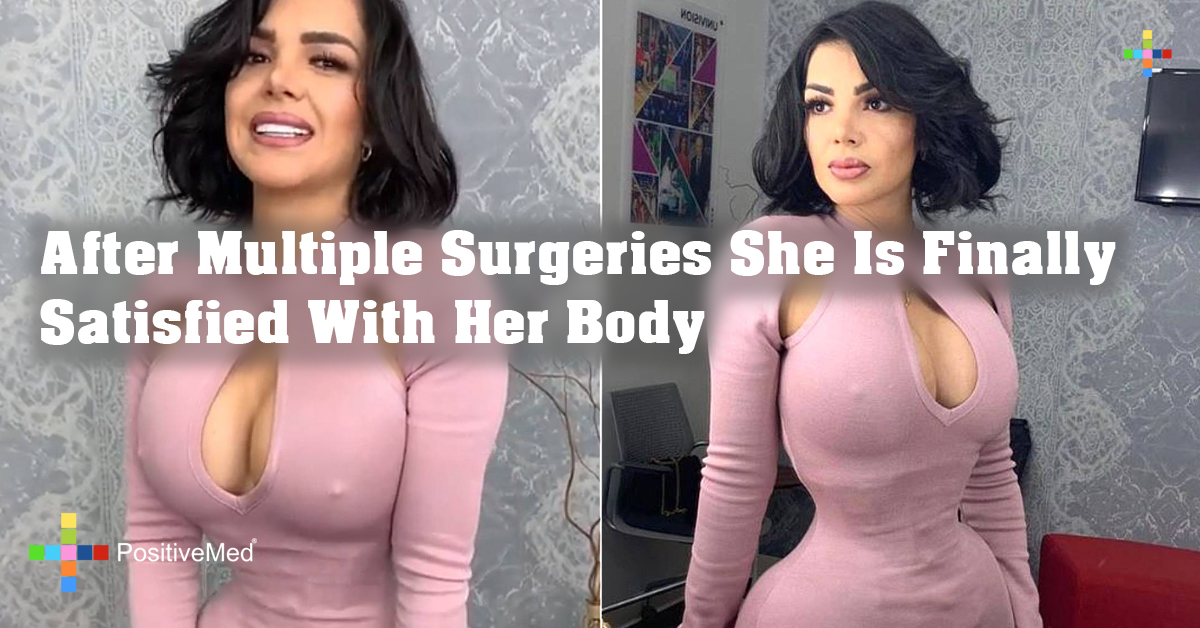 After Multiple Surgeries She Is Finally Satisfied With Her Body

“Every woman should have plastic surgery to be truly beautiful!” Exclaims Argentinian model Aleira Avendano. Avendano practices what she preaches. She has endured over 20 cosmetic surgeries, all designed to rearrange her body to ideal, if exaggerated, proportions. After multiple surgeries, she is finally satisfied with her body.

What does satisfaction look like for Avendano? Her breasts are sized 34 DD. Her waist size is tiny, due to surgery and a corset she wears at all times – so tiny that she receives stares and comments on the street. She has been suspected of alien origins more than once.

In order to achieve a minute waist size, one or two ribs may be removed to create the desired effect. Most surgeons do not recommend rib removal, as the ribs protect vital organs. Although this surgery sounds extreme, even repugnant, historians claim that rib removal has a long history, particularly among Victorian ladies. At that time in history, corsets were de rigueur and tiny waists were to die for. In fact, extremely tight corsets caused women to faint regularly from lack of oxygen.

Avendano has been willing to go fully Victorian, wearing a tight corset at all times to enhance her hourglass figure. At first, she claims, the corset was uncomfortable. She soon willed herself to endure this for almost 24 hours per day, and she says she is now uncomfortable and “itchy” without its support.

Although corset support has gained popularity recently, Chiropractor Dr. Karen Erickson voices concerns about organ suppression. She feels that most people have no idea about the health ramifications inherent in these garments.

Avendano has undergone multiple surgeries to radically change just about every visible inch of her body. She has received three butt implants, lifted her forehead to childlike heights and lengthened her neck to swan proportions. Gastric bypass restricts her caloric intake. She was not satisfied with her teeth, so had them completely removed and wears an entire set of dentures. Lest we forget, the 34 DD breast enhancements complete her quest for perfection.

The American Society of Plastic Surgeons states that cosmetic surgery very often has a positive effect for patients. Most people choose plastic surgery to enhance appearance or correct an obvious physical flaw.
The ASPS warns that some people demand plastic surgery to become a different person entirely.

In view of body dysmorphic disorder, an emotional issue of bodily identity, scrupulous surgeons will request psychological counseling before a person undergoes surgery for an extreme body makeover. This is a screening procedure to determine whether the person is enduring surgery in hopes of becoming an entirely different person.

Laura Pillarella became depressed and disappointed following her first cosmetic surgery. “I wasn’t beautiful,” she states, recalling a hope dashed. “I was just different.” She then embarked upon a whirlwind of multiple surgeries to make up the difference, yet she felt no more secure. After the final surgery, she viewed herself as “hideously ugly.” She began to contemplate suicide.

Meanwhile, Aleira Avendano is thrilled with her new body, claiming that, after multiple cosmetic surgeries, she is finally satisfied with her body. Determined to keep her ideal body on track, she carefully plans every meal for healthy, if sparse, nutritional impact, featuring egg whites, fruit, meat and pineapple. In case this is not enough, she religiously lifts weights and does waist crunches.

Avendano is a model, and looks forward to the day when her perfect body gains the fame it deserves.