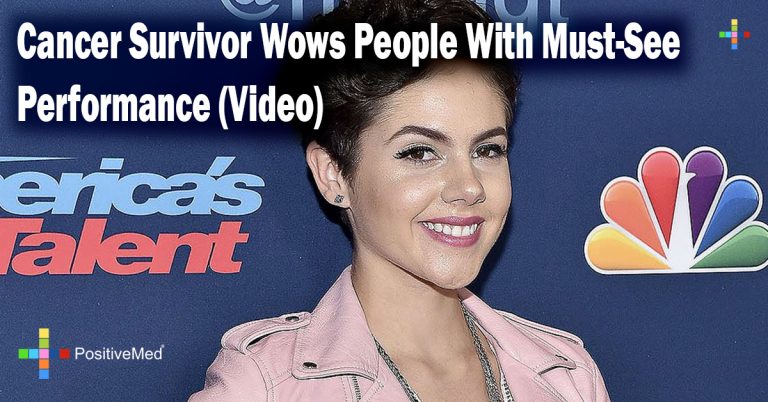 For cancer survivor Calysta Bevier from Grand Rapids, Ohio, one summer vacation wasn’t all sunshine and relaxation. In fact, it was quite the opposite: one year ago, the now 16-year-old was about to begin a nightmarish experience, because during what should have been a fun trip, her mother noticed a lump on the teen’s stomach. A trip to the doctor confirmed the unthinkable for someone her age— she was diagnosed with stage 3 ovarian cancer.

Calysta immediately began a round of intense chemotherapy. Like most chemotherapy patients, Calysta rapidly began to lose her hair. “That was the day I think I cried the most,” she said. A testament to the young girl’s will, Calysta stayed positive in the face of immense odds. She said she owed much of her strength to music, which helped get her through some of her darkest days.

RELATED ARTICLE: THE AWESOME WAY SHE BATTLED HER COLON CANCER

When she learned her cancer was in remission, Calysta felt she needed to seize life by the horns and take nothing for granted. Immensely thankful for her second chance, she felt she had to give her dreams a chance and pursue her passion for music.

She was spurred to try out for America’s Got Talent, where she aptly chose to perform Rachel Platten’s “Fight Song”, a song she describes as “her anthem”. She gave a performance so full of emotion, the result of her audition was no surprise to anyone watching.