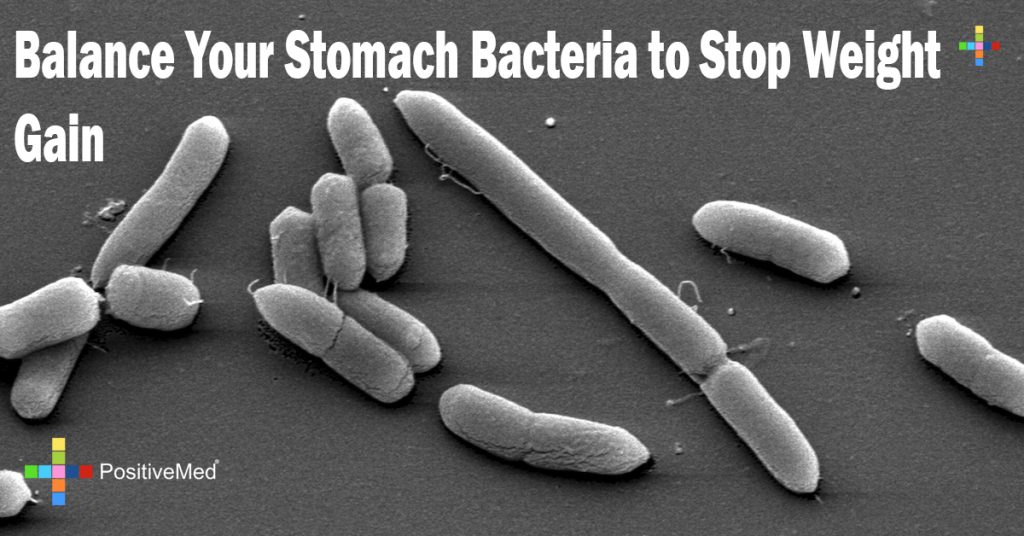 Can Bacteria Cause Weight Gain?

Most people know that eating unhealthy foods and not exercising can add inches to your middle. However, there may be a surprising reason for unexplained weight gain. Members of the scientific community have only recently come to understand the impact that stomach bacteria has on our lives. The bacteria found in our digestive tracts can influence our moods, our risks for disease, and our metabolisms. Certain stomach bacteria can even increase the odds of obesity.

Only one-tenth of the cells in your body are actually human cells. The others are comprised of foreign lifeforms such as micoorganisms and bacteria. Many people believe that bacteria are harmful, but we have a symbiotic relationship with these living creatures. Bacteria help us digest our food and extract nutrients from them. The only problem is that some types of bacteria extract too much from food. Recent studies have showed that these types of bacteria can alter the way that fat is stored and how easily a person can gain weight.

Studies of Gut Bacteria and Obesity in Mice

A study led by Dr. Jeffrey Gordon of Washington University found that people who are naturally thin have a varity of bacteroidetes in their intestinal tract. Bacteroidetes break down starchy foods so that they may be used as energy instead of being stored as fat. Gordon’s team tranferred bacteria from obese individuals into thin mice. The mice began to gain weight once they received the bacteria. Other mice received bacteria from thin people and did not gain weight as quickly.

How Can These Organisms Cause Weight Gain?

The digestive tracts of obese and overweight people have higher amounts of a family of bacteria known as firmicutes. This bacteria work too efficiently to break down refined sugars, which are then turned into fat. People with weight problems also have a larger population of hydrogen-producing bacteria known as prevotellaceae. These organisms cause widespread inflammtion throughout the body. Another organism known as C. ramosum can cause individuals to gain a significant amount of weight when coupled with a high-fat diet. Other microbes that cause weight gain include oscillibacter that is not present from healthy mice but is present in obese mice. High Staphylococcus has been linked to a higher-than-average calorie intake.

How to Balence Gut Bacteria

There are ways to balance your stomach bacteria in order to remove the fat-causing microorganisms. Dr. Mercola, a New York Times bestselling author, has found that obese people who imbibed fermented milk beverages for three months lost both abdominal and subcutaneous fat. These beverages can balence out the digestive environment by introducing beneficial bacteria to the gut. Other fermented foods and drinks you may wish to try include:

Make sure that when choosing a fermented drink, you choose unpasteurized, organic versions. Even though it is always better to receive nutrients from food, you may consider taking a probiotic supplement as well. Certain foods can encourage the growth of unhealthy bacteria, so you should avoid heavily processed foods and red meat.

Gut bacteria influence a person’s health in a myriad of ways, and scientists have only begun to discover how each person’s unique colony can influence thier lives. If you find that you are gaining weight more quickly than others, you may need to take steps to balence the bacteria levels in your body.

PrevPrevious4 Big Mistakes That Lead Men to Divorce
NextThroat Cancer Story: “He First Said He Wanted to Get Married”Next