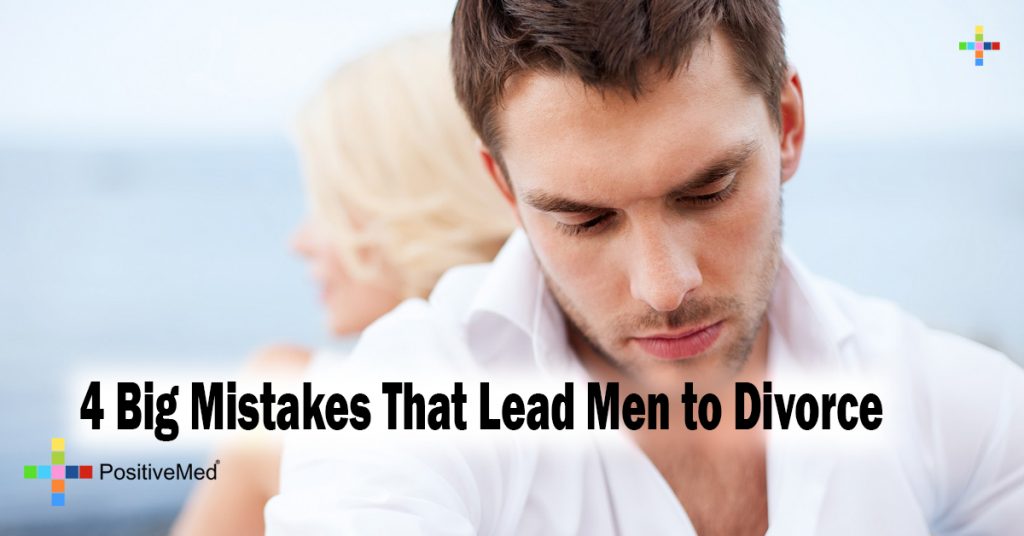 Many men make the same mistakes during their marriage. While some of these are mistakes everyone makes in their lives, others are ones that can lead men to divorce. There are times when men don’t even know they’re making some serious blunders in their relationships.

Even if men think they have a great relationship, they could be blundering through the marriage without a clue that mistakes are happening. Mistakes that could lead to the woman being unhappy and eventually leaving the marriage.

These four mistakes are some of the most common ones that a man can make and not even realize. This isn’t meant to pound on men in any way. It’s meant to be a way for men to take an honest look at themselves within the relationship to ensure they are carrying their weight. Often, a marriage has been on a path of ending for some time, but both partners aren’t able to communicate properly with each other.

1. No Effort in the Marriage

In the New York Post, it was reported that $exual infidelity was the most common reason for divorce. The second biggest reason that women wanted a divorce more than men is that men weren’t meeting their emotional needs.

Men believe that marriage doesn’t require work. They get married and continue being that single man before the two met. Men don’t normally sit down and ask how his wife is doing. They don’t inquire about work problems, or worries, hopes and dreams. They stop communicating with their spouse.

This can lead to dissatisfaction with the marriage. Men assume that they don’t have to put much effort into their wives. They’re often on autopilot worrying more about their paycheck, or their job to concern themselves with the state of the marriage. This is a common mistake for both men and women, but women are more open to talking and sharing than men.

The way a couple fights can lead to some very heated discussions. Heated and hurtful words can never be retrieved. Once they’re out in the world, there’s no way to erase them completely.

Insulting a partner can have serious consequences over time. Too many hurtful insults and venomous attacks can be seen as emotional abuse. It doesn’t matter if the man feels nagged or accused of something unfairly. They have to find a way to communicate that doesn’t involve abusive words or actions. Otherwise, it may lead men to divorce.

RELATED ARTICLE: Does Your Marriage Bore You? Try THIS

While many men will know to walk away from their wives when they’re angry, they don’t come back to resolve the problem. Instead, it’s ignored until the problem seems to go away, which is never the case. It sits in the background of every new discussion.

Many men believe they’re the leader of the relationship. This leads to many problems with money and decision-making. They don’t feel as if they need to consult with their wives about large purchases like a new motorcycle or a new car.

Often, they believe that they don’t have to consult with their wives because they’re in charge of their own money. While those in a partnership understand that both sides of the couple have a right to have a say in the spending.

Reckless spending can lead to serious problems in the marriage. It’s often one of the leading causes of divorce.

4. Selfish or Clueless in the Bedroom

Men often think that a woman doesn’t need anything extra in the bedroom. They have a set routine that they believe works. They won’t often deviate from that routine. It can take women longer to be in the mood, and often, men ignore that fact.

READ ALSO:  How Long Can a Marriage Go Without Lovemaking?

Women need affection and a sense of feeling appreciated and loved before slipping between the sheets. If they’re not, they can feel unconnected to the act of lovemaking. This can lead to serious dissatisfaction in the relationship and eventually the entire marriage.

Men need to make their wives feel loved and cherished in the bedroom. She’ll respond when the man takes the time to understand her needs and be a connected and understanding lover.

While any of these mistakes might lead men to divorce, talking to their spouse can often be a way to overcome almost all of them. Men need to be more open and communicate with their spouse if they hope to stay and turn it into a healthy marriage.