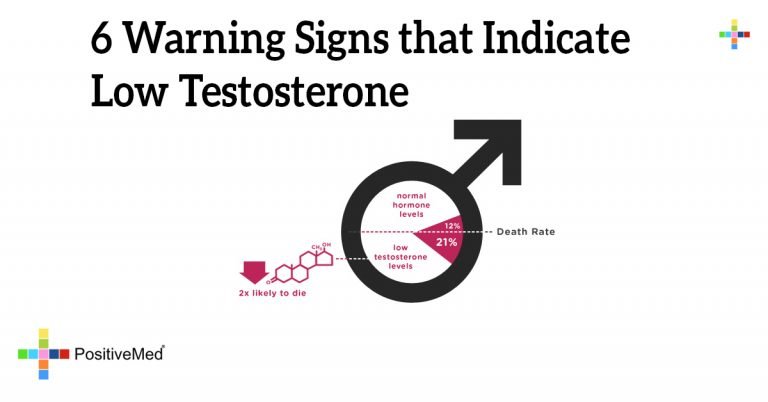 Testosterone is the hormone produced primarily in the testicles. It helps men in a lot of areas for their physical and emotional health, it controls their bone density, fat distribution, muscle strength and muscle mass, love drive and sperm production.

There are some signs that can indicate low testosterone and it may lead to Hypogonadism a disease in which the body is unable to produce normal amounts of testosterone. This can be either because of a failure of the testicles or the pituitary gland that controls the testicles.

Furthermore, testosterone deficiency may lead to other diseases such as diabetes, osteoporosis, and cardiovascular failure. Low testosterone might be caused by: injury, liver cirrhosis, stress, Hemochromatosis, use of some medications, and obesity among others.

If you have any of the symptoms or signs above, it is recommended to go to a doctor, were he will test levels of testosterone in the blood, this test is usually done early in the morning because this is when testosterone levels are at their highest.