A Common Habit That Caused Her Brain Swelling 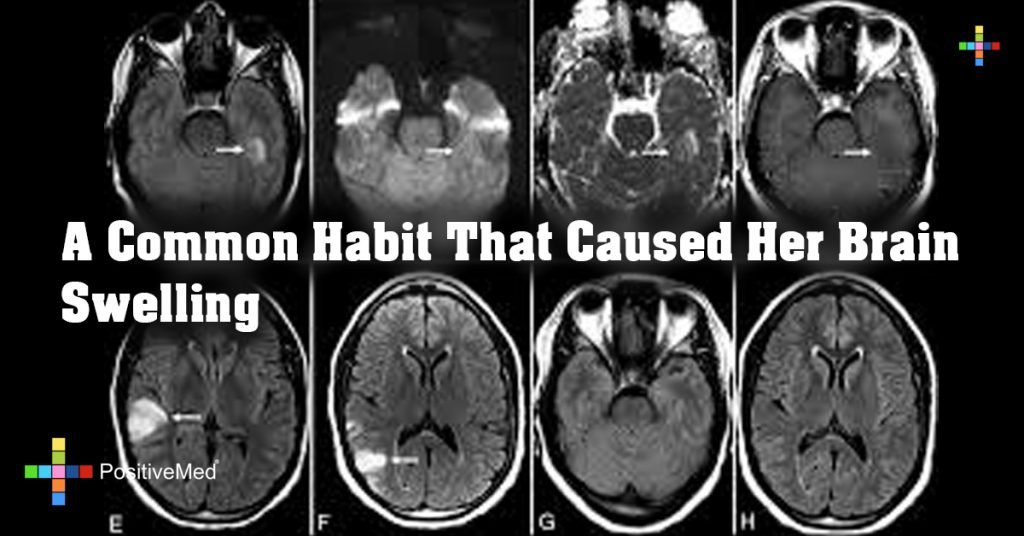 Keely Shaw, a 27-year-old mother, felt fatigued after a break-up. She said that she also experienced headaches, but attributed them to stress. During a visit to a friend, she experienced a seizure and promptly seek medical help. When doctors could not find anything wrong, Keely went back home, where she experienced more seizures. She also began to act aggressively. After eight more seizures, Keely was admitted to a local hospital, where she was put into a medically-induced coma for over a month. She was eventually diagnosed with brain swelling or autoimmune encephalitis.

Autoimmune encephalitis or Brain Swelling is a rare disease that causes the immune system to attack brain tissue. The disease was first reported to the medical community by Dr. Josep Dalmau in 2005. It causes mood disorders, and it can cause the brain to swell. It is often treated with a drug commonly used for chemotherapy, and Keely began this treatment after waking up from her coma. She takes both steroid and anti-seizure medications to reduce her brain swelling, but she may be able to stop taking this medication in three years.

After waking up from her coma, Keely blamed her constant tiredness, lack of sleep and stress after a break-up for causing her brain to swell.

It has been theorized that the rise of autoimmune diseases is due to the environmental changes in our modern times. Our fast-paced world is now a host of new toxins, diets, and technologies that our bodies simply may not be able to handle. Environmental pollutants may have changed the human DNA structure in such a way that it is increasingly common for our bodies to begin attacking themselves. Our modern way of living may also have affected our brains as well, as the average human brain has shrunk over the last 10,000 years.

Researchers Drew Bailey and David Geary of the University of Missouri noted that the human brain began to shrink with the emergence of complex societies and a less varied diet. People do not have to use their brains for survival now that they can depend on communities for help, and most people get 70% of all of their nutrition from corn, wheat, and soy.

Humans also get less exercise as a whole, and exercise contributes to a larger, healthier brain. Stress, drugs, lack of sleep, and chemical exposure also impair brain function. In short, our modern way of living and the chemicals we produce may be damaging our brains. Check out the list of brain-damaging habits below, and ask yourself if you are guilty of any of them.

Overeating: Overeating can cause hardening of the arteries within the brain. This decreases mental clarity and reaction time.

Smoking: The pollutants in cigarette smoke cause the brain to shrink dramatically. Over time, smoking may also cause dementia.

Sugar: A body cannot properly absorb nutrients when it is bombarded with sugar. Sugar consumption can stunt brain development.

Pollution: Polluted air decreases the amount of oxygen that can get to the brain. This causes the brain to work less efficiently.

Covering Up: Some people cover their heads when they sleep to block out light. Children who are afraid of dark rooms may do this as well. This habit reduces the amount of oxygen that the brain receives at night.

Going to Work Sick: Many people ignore illnesses such as minor colds and flu. These people force themselves to work through their illness. This causes the brain to work overtime, and it leads to brain damage.

Being Under Stimulated: If you are simply going through the motions of life and don’t take the time to learn new things, your brain may begin to shrink. It is important to stimulate your brain with new information in order to keep it healthy.

Keeping to Yourself: People are social animals. Unfortunately, we are losing our connections with other people in our new, technologically-advanced world. Your brain will works more efficiently if you take the time to talk to others in person.

Modern advancements have left the human brain very vulnerable. Try to keep your brain healthy by avoiding the bad habits listed above.